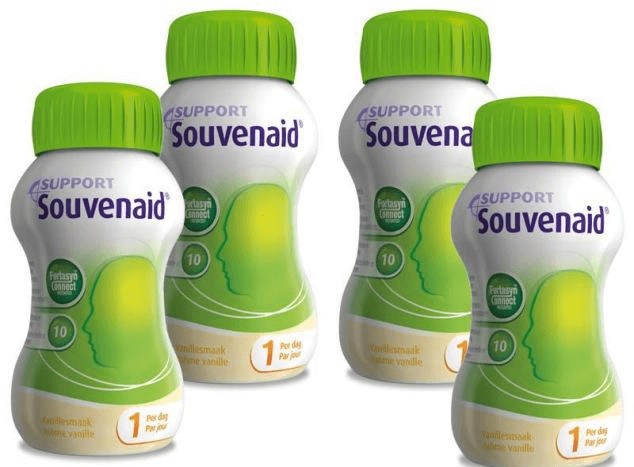 Recently, a liquid dietary supplement known as Souvenaid has been trending on various news outlets shortly after the ‘LipiDiDiet’ trial results was published. Many of these reports state that Souvenaid could ‘Stop the brain from shrinking’, and help with memory problems in people diagnosed with mild cognitive impairment or early dementia. But Can Souvenaid Prevent Dementia? In this Souvenaid review, you will find out exactly that together with many other interesting tips related to Souvenaid and Dementia.

Although there has been a lot of buzz around the memory drink, you may want to find out what exactly is in Souvenaid, and if it actually works.

Before jumping on to Souvenaid, let’s explain dementia first, so every reader is onboard.

Alzheimer’s disease (AD) is a brain disease and the most common cause of dementia among older folks. It progresses slowly over time, and so chances are you will notice the symptoms of dementia before it is fully developed.

You might begin to see signs such as memory loss, misplacing and losing things in odd places, mood and personality changes, difficulty paying bills, remembering appointments or even preparing meals. Though the signs may vary, they are relative.

During this pre-dementia period, the patient is diagnosed with mild cognitive impairment (MCI) or prodromal Alzheimer’s disease, caused by Alzheimer’s disease. They are still able to perform their normal daily activities, despite the symptoms.

Because it is a progressive condition, these symptoms end up becoming so severe till the person is unable to do any routine activity independently. Dementia is often diagnosed at this stage.

Now, let’s turn on to Souvenaid…

What is Nutricia Souvenaid The Memory Drink?

Souvenaid is a nutritional drink containing a patented formula called Fortasyn Connect, derived from soy, milk and fish. This thick yoghurt-like mix of vitamins and minerals, and fatty acids, is specially designed to improve brain function such as memory and thinking, in early Alzheimer’s disease (AD).

Perhaps you are unaware of the millions of synapses in the brain continually lost and replaced, throughout our lives. These synapses connect nerve cells with each other and establish communication in our brain.

A nutritious daily diet is crucial to the brain because it needs certain key nutrients – B vitamins, omega-3 fatty acids, uridine monophosphate, choline and phospholipids – all at the right level and combination, to be able to replace the lost synapses.

Memory loss in early Alzheimer’s disease is often because of deficiency in these key nutrients, even if the diet is normal. Souvenaid is a dietary supplement designed to provide these vital nutrients at the right levels, which may be difficult to attain with a normal diet.

The uniqueness of Souvenaid is in its features, including:

Purchase Souvenaid at your local pharmacies or online stores.

Souvenaid is classified as a ‘medical food’ – Food for Special Medical Purposes (FSMP) – mainly for the dietary management of Alzheimer’s disease. Taking Souvenaid each day is believed to boost the growth of brain cell connections (synapses), necessary for memory and learning.

The mechanism of action of Souvenaid is not clear. However, Souvenaid contains Fortasyn Connect – a blend of nutrients developed by Richard Wurtman, MD – essential for brain health in preventing loss of connection between brain cells which is seen in Alzheimer’s disease.

Alzheimer’s disease impairs the brain’s function by damaging synapses, the link through which brain cells communicate via signals. Adding Souvenaid to your daily diet is able to help the building of synapses, and slow the progression of Alzheimer’s disease during the early stages.

Souvenaid is available in 125 ml in vanilla, strawberry or cappuccino flavors.

A bottle of Souvenaid (125 ml) should be taken with normal food once a day, under the direction of your healthcare professional.

You may find it helpful to take Souvenaid in the mornings, with breakfast, or at any other particular time each day. Souvenaid should not be used as a meal replacement because it is unsuitable as a sole source of nutrition.

How long should Nutricia Souvenaid Be Used?

Nutricia recommends that Souvenaid should be taken for at least 6 months, before the benefits can be reaped. Although there have been reports of people who started to see results in the first 3 months, cases vary.

There is no research yet to determine the duration a person with Alzheimer’s disease has to use Souvenaid.

A single bottle of Souvenaid (125ml) costs just $4, which would be about $130 in a month to follow the daily recommended intake.

Souvenaid is not suitable for people with:

Ingredients in Souvenaid are obtained from milk, soy, and seafood/soy. People with allergies related to these should not use Souvenaid.

Researchers from the Alzheimer’s Society followed a number of people with mild cognitive impairment (MCI), a condition where a person has mild memory issues that are not intense enough to be confirmed as dementia. The group of people in the trial drank Souvenaid daily, while the researchers compared changes to their brain, memory and thinking skills, with another group of people who drank a placebo drink.

After 36 months, a very small group of people who persisted in the trial showed positive signs of slowing the deterioration in thinking and memory skills compared to the ones who took a placebo.

Souvenaid may encourage memory function and reduce shrinkage of areas in the brain involved with memory. However, there is no strong, consistent evidence to prove it reduces or prevents progression to dementia in patients with Alzheimer’s disease.

Adding Souvenaid to your daily diet may improve memory function in early Alzheimer’s disease, which means more quality time with your loved ones.

Is Souvenaid Safe For Diabetics?

Note, however, that Souvenaid contains carbohydrates as with other foods with carbs. People with diabetes are advised to monitor their blood sugar levels, as well as consult their healthcare professional before introducing Souvenaid to their diabetes diet.

Can You Use Souvenaid With High Blood Pressure?

Did you know that high blood pressure can affect parts of your brain in charge of memory and thinking, by damaging small blood vessels in the brain? In other words, actively controlling blood pressure can significantly lower the risk of mild cognitive impairment, dementia and Alzheimer’s disease.

So far there are no recorded side effects of Souvenaid on people with high blood pressure. Nevertheless, only use Souvenaid after consulting with your healthcare professional.

Souvenaid is specially developed for people – mostly the elderly – medically diagnosed with Alzheimer’s disease, in its early stages. As the leading cause of dementia,

Dr Keith, who had spent almost 50 years as a pediatric oncologist, was diagnosed with Alzheimer’s disease. Soon after, he and his wife started noticing the symptoms. He had to follow expert advice on how to follow up with the condition.

Howbeit, Dr Keith was determined not to be a burden on his dear wife and continue with his usual life, as before the diagnosis. An associate professor, David Derby, introduced him to Souvenaid, which he has been taking every morning with breakfast since then.

Three years after, Dr Keith is happily living his usual life and still takes Souvenaid. His specialist confirmed that his condition was pretty stable and hasn’t deteriorated for someone with Alzheimer’s disease.

He couldn’t be happier…

What Does Research Say?

Quite a number of clinical trials have been conducted on Souvenaid in the past years.

In a study, 225 people with mild Alzheimer’s disease recording a Mini-Mental State Examination (MMSE) scores ranging 20 – 26, participated in the trial. Half of the group took Souvenaid for a period of 12 weeks, while the other half took a dummy drink (similar to Souvenaid but without the nutrients in it). A delayed verbal recall test showed that Souvenaid improved memory performance. But, the test globally used for the assessment of Alzheimer’s disease treatments – Alzheimer’s disease Assessment Scale-Cognitive subscale (ADAS-Cog), showed no changes.

The S-Connect study involved a group of 527 people with MMSE scores 14-24 (mild to moderate Alzheimer’s disease). The participants were steadily administered memantine and/or cholinesterase inhibitor (standard Alzheimer’s disease medication), throughout the period of the study.

Half of the subjects took Souvenaid for a period of 24 weeks, while the remaining half took a placebo. The study concluded with similar ADAS-Cog score changes between the placebo and Souvenaid groups. The combination of Souvenaid with standard Alzheimer’s disease medication was well tolerated.

In another study involving 259 subjects with mild Alzheimer’s disease, half of the people took Souvenaid for 24 weeks, and the other half took a placebo. The results of the Neuropsychological Test Battery showed that Souvenaid slightly improved the memory score.

What Are The Latest Clinical Trials On Souvenaid?

The latest clinical study of Souvenaid, European LipiDiDiet clinical trials, was funded by the European Union and published in 2020 by The Journal of Alzheimer’s Association – Alzheimer’s & Dementia. The trial involved 311 randomized participants diagnosed with mild cognitive impairment caused by Alzheimer’s disease.

Half of them took Souvenaid containing Fortasyn Connect, while the other half took a dummy drink similar to Souvenaid but without the active ingredient.

There seemed to be no improvements during the first 2 years. However, brain scans revealed that the people who took Souvenaid had reduced shrinkage in the hippocampus (involved in memory), and other parts of the brain.

After 3 years, data collected from the participants who continued the trial, showed a slowing in the deterioration of memory and thinking skills. Additionally, there was less shrinkage in some parts of the brain, in those who took Souvenaid compared to the placebo.

The evidence so far does not assure us that Souvenaid is able to prevent the decline in memory function, for those with mild cognitive impairment due to early Alzheimer’s disease.

Dementia is progressive, which means the signs gradually shows up and gets worse from there. So, if you discover that you or someone close to you is experiencing some difficulties with memory and thinking skills, don’t leave it at that. See a doctor and find out the cause. It may be a treatable condition.

And even if it is dementia, early diagnosis gives room to benefit from available treatments, such as Souvenaid, as well as time to plan for the future.

Nevertheless, there are other ways to further reduce the progression of mild cognitive impairment to dementia. Attention has to be given to modifiable lifestyle risk factors, such as smoking, nutrition, exercise. Living a healthier lifestyle contributes to better cognitive function.

Finally, People with Alzheimer’s disease and their family members, as well as caregivers, always want to try various means to delay the progression of the condition.

Dietary and nutritional interventions such as Souvenaid, is clinically proven to slow the progression of the disease, giving you and your loved ones more quality time together. There have been tons of positive feedback from users of Souvenaid over the years. It is typically safe, with almost no side effects. So, give it a shot! 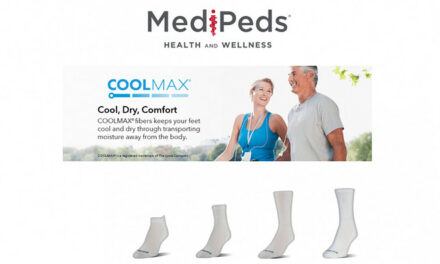 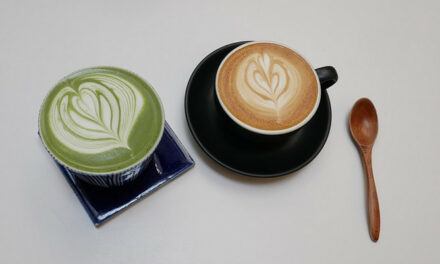 Best Coffee Creamers for Diabetics | Coffee with Milk vs. Cream vs. Creamer for Diabetes 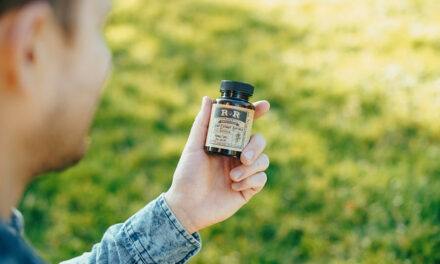 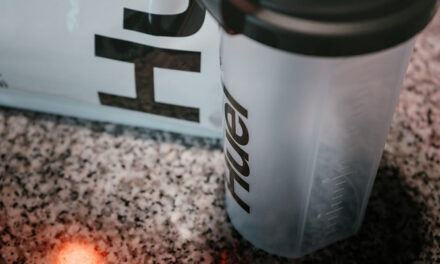