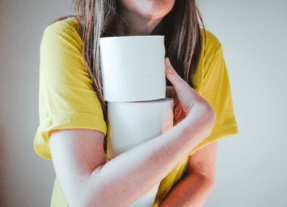 First of all, let’s talk about what a panic attack is.

Written by Shani Liyanage, an Australia-base Registered Healthcare Practitioner with a Masters qualification from the University of Newcastle (Australia) and with decades of hands-on experience working for hospitals and in aged-care.

What is a Panic Attack?

A panic attack is an episode of extreme fear. It can be caused by anything, depending on who the person is.

Anything can be a trigger for a panic attack. Still, the most common are current, stressful situations, or being reminded of something traumatic from your past, but there are a million other things that cause them as well.

Sometimes, there’s no trigger at all, they just suddenly come on, and they’re not explainable. But, when they hit, they can often completely take someone out. They can cause terrible, scary symptoms, including heart racing, sweating, feeling like you can’t breathe/ like your throat is closing up, and in some cases, passing out/fainting.

These episodes of extreme fear often cause the person experiencing the attack to feel trapped, like they can’t breathe (even if they can), or even like they’re dying in some cases. Though it can often cause those scary feelings and symptoms, it doesn’t always. Some panic attacks are milder, and some, are even silent, where you can’t tell that someone is having a panic attack.

Tip: Panic attack symptoms are not the same for men and women.

Can You Have a Panic Attack Without Anyone Noticing?

Yes, you can have a panic attack without anyone noticing. This is what is referred to as a silent panic attack.

They can give you the same feeling of terror, and they can make it difficult to breathe. Even though this is an attack you are unable to see, it can still be just as scary, and it can still make someone just as uncomfortable, or even physically sick in some cases.

With silent panic attacks, there are no outward symptoms, meaning you don’t show or display any symptoms of a typical panic attack. There’s no sweating or hyperventilating. The only symptoms you get are ones that you’re unable to see.

They’re ones that only the person having the silent panic attack is aware of because they can feel it unless they decide to tell others around them how they’re feeling. But even if they do that, the other people might not have been able to tell something was wrong. These, although they are unable to be seen, are just as scary, or in some ways, maybe they’re scarier, as you are less likely to know it’s a panic attack without the tell-tale symptoms of a typical panic attack.

Not knowing what it is can be nerve-racking, and it can make you more anxious, thinking there’s something wrong. These panic attack can disturb someone, which can make things worse than they already are, so it’s essential to know the signs in case you experience a silent panic attack, so you’re more aware of what’s happening, and you’re not as worried.

So, let’s take a look at the symptoms now.

Tip: You may try an Anxiety Bracelet to prevent future attacks.

You might be asking yourself if you can’t see the symptoms, and it’s not like a typical panic attack, what do the symptoms include?

Well, the symptoms include the following:

It’s just chemicals in your body reacting, causing you to believe you can’t breathe, or even feel like you might die. But I can assure you that’s actually not the case.

It’s just chemicals in your system, remember that bit of information, as it often calms people down when they’re reminded of this, and remember:

You never know how bad it could get, but it always passes.

Tip: Did you know Cefaly can help you with headaches and migraine attacks?

What Could Cause a Silent Panic Attack? What Could Trigger a Silent Attack?

The answer to this question is very broad: Anything.

That’s right; anything can trigger a silent panic attack, and it depends on the person who is experiencing it. It could be anything from the current situation you’re in that moment, to something you’re stressing out about for school or work or just in life, to something from you’re past that causes some trauma that you get reminded of.

Some people get them suddenly, with no warning because something triggered them, and others it builds up slowly, so they can feel it coming on until they get pushed over the edge, into a panic attack.

Some get triggered very easily, and with others, it takes a lot to get them to the point of a panic attack.

It really depends, after all, on who you are, and what causes enough stress or anxiety for you to cause a silent panic attack.

How To Screen For a Silent Panic Attack?

The answer to this varies. Medically, there’s no real definite screening.

A doctor or psychologist might ask you some questions and have you do some short tests, but it’s not like there is an imaging test they can see it on. But when you suspect someone around you is having a silent panic attack, one way to screen for it is to see if they’re hanging onto something or stumble at all, as dizziness and changes in vision are likely. Or maybe if they stumble over their words since that often happens as well. Little things like that can be tip-offs that somebody is having a silent panic attack, but of course, these could be other things as well, so you need to ask them questions about how they’re feeling, and hopefully, they’ll be able to get out the words, even if it’s difficult.

Tip: Here are the Best Essential Oils to Help With Lightheadedness.

How Should You Respond to Someone Having a Panic Attack?

If someone around you is having a panic attack, silent or not, be patient.

Don’t get mad, and don’t say they’re overreacting, because a panic attack can be truly terrible, and it is very rarely an overreaction, and that’ll just make them feel bad.

You should get them water, tell them they’re okay, and maybe remind them that it’s just chemicals causing them to feel this way, and that it’ll pass.

Also, remind them to breathe. It can make all the difference in the world.

If you’re a kid or a teenager, it would be smart to tell an adult so they help the person suffering, as it can often be a lot to handle and if there’s someone older who can help, it might take some stresses off you, and they might be able to help the person having the panic attack quicker.

Tip: In the linked article we discussed how to help a woman with stress symptoms.

When to See a Doctor For a Panic Attack?

You, if you have experienced an attack, should see a doctor whenever it feels right for you. Especially, if it starts to affect you and get in the way of your daily life, that’s a good time to see a doctor. When it starts to control your life, it is smart to see a doctor before it gets worse and becomes unbearable.

Of course, it is up to you to reflect when you believe it is starting to control your life and get in the way of everyday events and activities. Still, once you get to that point, it is smart to see a doctor before it gets even worse and you feel trapped, which tends to happen to people with panic disorders.

Just try to see a doctor before it becomes intrusive, and an unbearable part of your life.

While it’s completely your decision whether to see a doctor and get help or not, it’s a smart idea to go before it becomes unbearable and too hard to live with and manage.

How To Prevent Silent Panic Attack?

There is no one true way to prevent silent panic attacks. For the most part, there are just ways to calm them down once they’ve started, like listening to your favorite band or musician, maybe watching a movie, and through it, all, remember: Breath. And you’ll be alright soon.

If you are in treatment for silent panic attacks, remember to take your medication, but only if that’s what your doctor recommends for it.

If you’re looking for other ways to prevent panic attacks aside from medication, ask your doctor, because they might have other suggestions and might have some techniques you can use to at least relax you and bring you back to normal, back to yourself when you feel one coming on, before it reaches the full-blown panic attack stage.

Meditation, spirituality and mindfulness, are some excellent examples of ‘other techniques’.

Tip: Amino Acids and Other Supplements can help you fight with depression, anxiety and low mood better.

Can You Die From a Silent Panic Attack?

The short answer, no. You cannot die from a silent panic attack. However, they can cause dizziness, your heart to race, and even fainting.

Sometimes, it’s possible to feel like you might die from a panic attack because in some cases, it can feel like a heart attack. But it’s not actually possible to die from them.

Just remember, though it may feel like you’re dying, you won’t, and it’ll pass eventually, and you’ll be back to yourself.

These types of panic attacks can be scary, and they can be even scarier if you don’t know what they are. They present with more medical symptoms, most of which you would never associate with a panic attack, so it’s understandable why you would believe you were dying. But remember, it’ll pass and everything will return to normal.

If the feeling persists, though, and you truly believe something is wrong, never hesitate to call your doctor and ask, just to be sure. The decision to do that is up to you, but it’s always a smart idea if you believe something is truly wrong and is worse than just having a panic attack, silent or not.

In conclusion, although you can’t die from them, a panic attack can be scary and pretty severe in some cases. Even without all the outward signs and symptoms, they can be terrifying for the person experiencing it.

Don’t underestimate panic attacks and the strength of them. Don’t underestimate what they can do to someone, as they can be life-altering, even the silent ones. Although there is nothing that shows somebody that there’s something wrong when you have a silent panic attack, they can have the same effect, and cause just as much damage. Don’t forget that.

If you’re still unsure about any of the questions I answered in this article today, I recommend ask them below, whether you are curious, or just as a precaution, in case you or someone around you experiences a silent panic attack.

It’s important to know the signs and symptoms and to know that although it’s uncomfortable, and it’s scary, you will not die, and you will get through it soon. 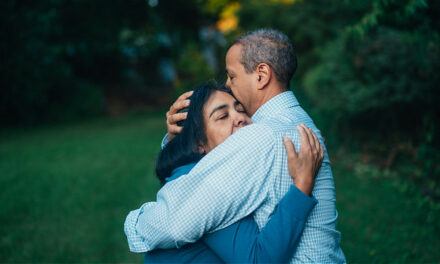 Can Emotional Pain Cause Physical Pain? 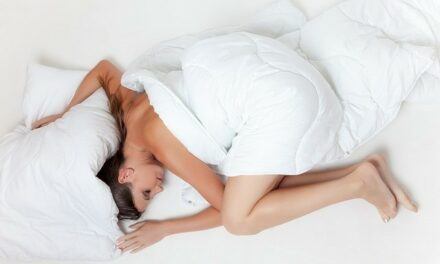 Why Do I Feel Tired All the Time? Learn the Signs of Chronic Fatigue Syndrome 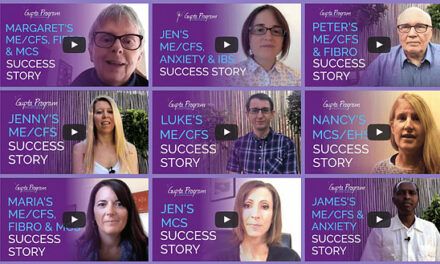 The Gupta Program Review – Does It Really Work For fatigue, Fibromyalgia, Chronic Pain and Anxiety? 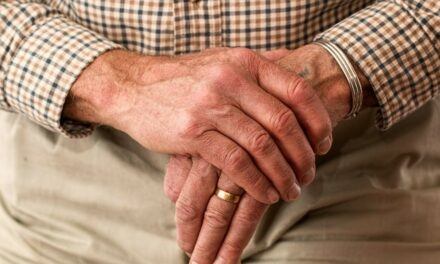 Is Chronic Fatigue Syndrome a Disability? Australia, Canada, UK vs the US