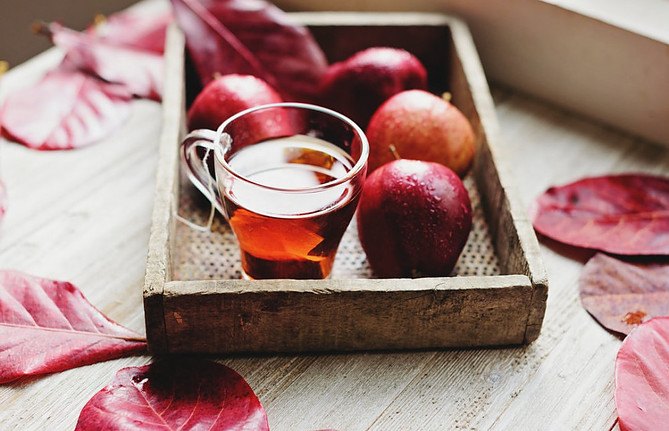 Apple cider is a delicious beverage, while apple cider vinegar is believed to have cured several health challenges. Though both smells and sounds remarkably similar, and are produced using a common ingredient, nevertheless, they are not the same. In this article, we will be looking closely at the difference in the effects of apple cider and apple cider vinegar on diabetes. We will also be answering the questions such as is Apple Cider Vinegar good for diabetics?

What is Apple Cider?

Apple cider is some fresh-pressed apple, sometimes it is also called cider, non-alcoholic or sweet cider. It is made from the whole apple and contains natural bacteria and sugars from the apples.

Cider makers use their blend of apple in producing cider and may add preservatives also to keep the cider longer and fresher.

If you come across a cider classified as “varietal”, it means the cider is produced using only one type variety of apple instead of a blend of apples.

Nevertheless, any cider drink classified as an “apple drink blend”, that means it is produced using other fruit entirely like raspberries or cranberries.

What is Apple Cider Vinegar?

Generally, vinegar is a fermented blend of acetic acid and water. The acetic acid can be produced for different plants which include; rice, fruit, grains, or potatoes.

ACV or Apple Cider Vinegar is produced from fermented apples to a natural sugar alcohol, then, adding bacteria to turn the alcohol to acetic acid.

Usually, Apple Cider Vinegar is the fermented apple cider. Some bacteria in the cider such as yeast, use of the sugar, fermenting the cider and converting it to a hard cider. As the fermentation process continues, and the sugar is completely used up, the cider turns to vinegar which is known as Apple cider Vinegar.

Effect of Apple Cider on Your Body (Benefits and Harms)

Here are some effects of apple cider vinegar in a list.

Research has it that apple cider cures constipation naturally, especially when the juice is warm. The biopolymer helps your bowels gathering and excreting waste because of the pectin content in the cider.

If you are trying to lose some weight, you need to try out apple cider.

Personal anecdotes and case studies of some people who are trying to lose weight demonstrated that apple cider wards off weight. Also, some people believe that acids and bacteria in the cider help speed up metabolism.

Research reveals that apple cider helps to adjust the levels of PH in the skin of individuals who regularly ingest it. Cider also reduces odor-causing bacteria, and at the same time easing body odor and anus stank.

Apple cider is known for its calming qualities, especially during intimacy. It has been used as a muscle relaxant for many years and also to relax nerves while helping to reduce ED.

Historically, fiber and antispasmodics have been used to control irritable bowel syndrome, but recent scientific research shows that apple cider can help improve symptoms. It is believed that apple cider works as an intestinal relaxant which allows the reset of the gut system. In turn, this promotes healthier stool creation.

The effects of apple on cancer prevention have become a case study among researchers. Apples are imbued naturally with nutritional and health properties that help work as protective barriers to every type of health problem from brewing which includes cancer. They assist to improve certain types of cancer, like colon and breast cancer.

Apple cider has the content of antioxidants that assist in fighting free radicals that destroys your cells. But how exactly apple cider helps to improve cancer is fully not clear yet to researchers.

Apple cider contains antioxidants that help detoxify the body. Patients on the recovery phase are usually given apple cider or apple to eat because they instill vitality and energy. Drinking apple cider makes you feel energized throughout the day.

Anemia is a health problem where there is a reduction in the blood hemoglobin count. Most people who suffer from anemia can treat this condition easily by adding an iron source in their daily meal (either in juice form, fruit, or supplement).

Apple cider is an ideal source of iron and works as a perfect home remedy in anemia treatment. The common symptoms and signs of anemia include headache, sleep deprivation, heartbeat, tiredness, and shortness of breath.

Apple cider helps the bacteria that work in the large intestine to function properly. It alters the digestive tract metabolic rate. This causes changes in metabolic rate and assists to effect modifications in the balance of bacteria, which enhances gut health.

It also helps in the removal of bad bacteria and toxic elements.

The content of polyphenol in apple cider helps to reduce carbohydrates absorption in the digestive system. This assists in controlling the constant fluctuation of the level of blood sugar in the bloodstream and keeps your diabetes in check.

Also, the content of polyphenols in apple cider helps in the glucose absorption in the digestive tract. Whenever this happens, the pancreas will release Insulin that plays an essential role in keeping the levels of your blood sugar under control.

Drinking apple cider or using apple as a paste together with milk and honey helps to add shine and glow to your skin. The content of antioxidants in apple cider helps combat the signs of damaged skin like wrinkles, blemishes, age-spot, etc.

It can also help in treating pains caused by arthritis.

Apple cider contains antioxidant that protects the brain cells against a process known as oxidative stress. Oxidative stress causes an imbalance between the number produced by free radicals and the body’s ability to reject the demanding effects. This damages the tissues and leads to Alzheimer’s.

Aside from Alzheimer’s, tissue-damaging can also cause some neurodegenerative disorders. The contents of phytonutrients in apple cider can help lower the risk of Alzheimer’s disease.

As mentioned already, apple cider is a good source of antioxidants. They help lower oxidizing effects of fat significantly. This process includes neutralizing triglycerides and other types of fats that are in the blood vessels canals. This leads to excess pressure application on the blood vessel’s walls. You can avoid this pressure by drinking apple cider as it contains a powerful flavonoid called quercetin. This quercetin reduces any act of inflammation in the heart blood vessels.

Some Negative Effects of Apple Cider On Your Body

Apple cider has no serious risk to your body. Still, if you buy a contaminated unpasteurized apple cider that contains bacteria like E. coli (0157:H7), it can cause serious illness especially in elderly people, young children and in anyone with a weak immune system.

Apple cider may also cause diarrhea when consumed in a larger quantity.

Is Apple Cider Good for Diabetics? What Does Research say?

Fiber helps to slow down the digestion process and carbs absorption, making them not to raise your levels of blood sugar quickly.

Studies reveal that fiber protects the body against type 2 diabetes, and also of the opinion that many fiber types can enhance blood sugar control.

The antioxidants in apple cider lower your risk of diabetes as research was discovered that women who took one apple each day lower the risk of having type 2 diabetes by 28% as compared to other women who haven’t taken any apple.

There are so many reasons apple cider might assist in preventing diabetes, but the presence of antioxidants in this drink likely plays a noticeable role.

Antioxidants are those substances that hinder harmful chemical reactions in the body. They have several health benefits, which include defending your body system from chronic disease. Noticeable amounts of these antioxidants are found in apple cider.

This slows down the digestion of carbs and helps hinder blood sugar spike.

It helps the body to efficiently use sugar.

This slows down the absorption of sugar and reduces the levels of blood sugar. A lot of research suggests that eating an apple or drinking its juice can lower the risk of having diabetes.

Does Apple Cider Vinegar Help Diabetics? What Does Research Say?

Apple Cider Vinegar is proven to be helpful in type2 diabetes.

How To Use Apple Cider Vinegar for Diabetes

There are a few ways to use apple cider vinegar for diabetes.

Mix the vinegar and water, then drink the mixture with the cheese before bedtime.

Do this daily for one week, then see your doctor with the result.

The anti-glycemic effects of ACV can hinder the digestion of starch, and also cheese and vinegar have a synergistic effect. The content of amino acid in cheese benefits patients with type 2 diabetes.

Do this two times a day, and then see your doctor with the result.

Cinnamon assists in reducing fasting blood sugar. The stevia makes the drink sweet but has a zero glycemic index, and the intestine does not absorb it.

Get a teaspoon of Apple cider vinegar, a teaspoon of honey (or lesser), and ½ cup of water. Mix the ingredients and drink it before meals.

Do this once or twice a day, and then see your doctor for a result.

Honey offsets the ACV acidic taste. It does not affect the levels of your blood sugar the same way sugar does, and it is a healthy substitute. Some studies reveal that honey also helps in diabetes management.

Tip: If you wish to add some salt, consider Chinnen Salt.

The baking soda mechanism in the treatment of diabetes is anecdotal. Some studies suggest that baking soda assists in mucormycosis, which complicates diabetes.

Caution: if you have any digestive issue that affects the esophagus, mouth, intestines, or stomach, it is advisable to see your physician before applying this remedy.

Bragg is a well-known quality apple cider vinegar brand. It was originated in 1912 by Paul Bragg, and it is believed to control diabetes associated with weight gain.

Apple cider and Apple cider vinegar have shown to be beneficial in treating so many health conditions, including diabetes. However, if you have gastroparesis and you are still adding more acid (either from apple cider or apple cider vinegar) you are at serious risk of burning your stomach mucus. That can lead not only to stomach ulcer but also to tube damages known as the esophagitis and acid reflux.

Gastroparesis is a digestive problem that impacts stomach contractions, delaying gastric emptying. It causes your stomach not to break down and digest solid food normally. This disorder occurs in diabetic patients, but it can also occur as a result of eating disorders, gastric surgery, hypothyroidism, or mental disease, among many other factors.

Apple cider and apple cider vinegar also slow down digestion and delay gastric emptying, which is generally beneficial. This is because when the gastric emptying is delayed, the body slows down the sugar rate being released into the bloodstream.

Therefore, you would incontinence yourself the more if you have gastroparesis and still have to take apple cider or apple cider vinegar. This combination can lead to heartburn, nausea, and bloating.

Though both apple cider and apple cider vinegar have positive effects on diabetes, you should, , understand that both can also cause some serious health challenges when they are not well applied. So always endeavor to communicate with your health care personnel before making any moves with these remedies and products containing them. 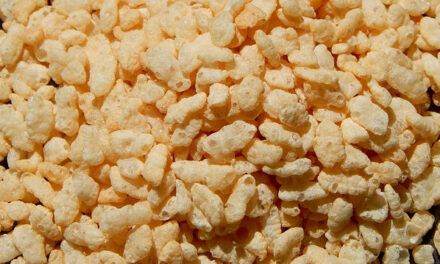 Is Puffed Rice Good For Diabetes? 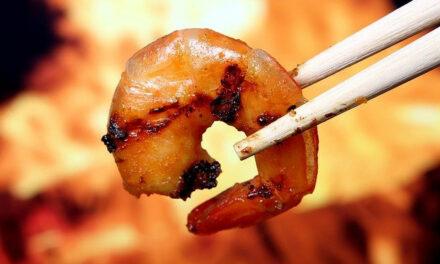 Can People With Diabetes Eat Shrimp? 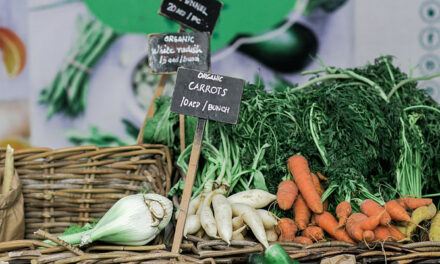 Food and Health – What is the Difference Between Organic and All-natural? 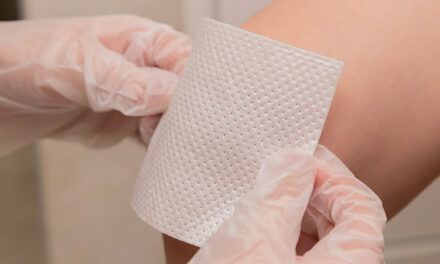