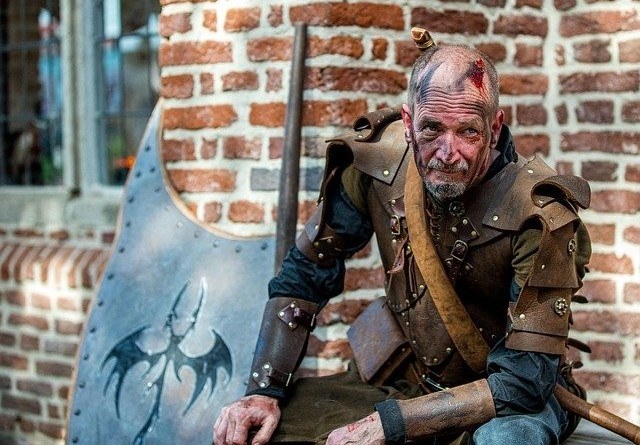 Most of us have used or at least heard about hydrogen peroxide as a go-to wound cleaner. It has been a popular disinfection solution for many many years. However, it is no more considered the best chemical agent on wounds, and there are many other products that do a better job of helping wounds to heal fast than hydrogen peroxide.

Before addressing the question of the article, let’s find out more about hydrogen peroxide and how it evolved over the centuries.

Written by Shani, an Australia-base Registered Healthcare Practitioner with a Masters qualification from the University of Newcastle (Australia) and with decades of hands-on experience working for hospitals and in aged-care.

What is Hydrogen Peroxide?

In 1818 hydrogen peroxide was discovered by Louis Jacque Thenard.

Hydrogen peroxide may bother the eyes and mucous membranes. So, it should be left out of children’s access all the time.

This chemical compound is tasted bitter at room temperature, and it looks colourless.

Hydrogen peroxide is such an energetic oxidizing agent, and when it comes from organic product affect spontaneous combustion even though it’s non-flammable.

At low concentrations, hydrogen peroxide is used for medical production, hair lightning and clothing. Opposite to lower concentrations, it is used for alleviating textiles and paper, constructing rubber foam and organic chemicals and for ingredient rocket gas.

Tip: We have covered the current approach to diabetes-related wound care and treatment already.

You need to take good care of this chemical product, so keep it away from family and pets as can be harmful to them, though.

2. Hydrogen peroxide comes with a ‘cheaper’ price, so anyone can purchase it to store it in their house. That’s why people use it to clean – to keep germs and bacteria away, as using it for cleaning bathroom titles.

3. H202 is a safe and chemical-free dye-removing material. It can clear away dye from any kind of surface and material, such as clothes, shower walls, floors, and so on. Hydrogen peroxide is a strong oxidizer that reacts with several compounds.

4. Hydrogen peroxide is a topical antiseptic used in wound purification which hits pathogens through oxidation bursts and local oxygen production.

5. Hydrogen peroxide has been reported to control biological behaviour through multiple mechanisms: alterations of membrane potential, and changing intracellular redox balance, which concluded in activation or inactivation of different signalling transduction mechanisms.

Tip: Guess if a wart is a fungal or viral infection? If you can’t, just follow the link to read the article.

1. The primary disadvantage of Hydrogen Peroxide is its small oxidizing and disinfecting abilities of it at active concentrations of about a few milligrams per liter, which are required for swimming pool disinfection.

2. Another big drawback of it is the fast transformation of hydrogen peroxide during the presence of oxygen radicals to water and oxygen. This problem needs an additive material to control the stabilization of hydrogen peroxide instead of its quick decomposition, which helps in delaying the transformation and hence maintaining the disinfection ability.

Tip: We previously found out that partially hydrogenated coconut oil is ‘unhealthy’, while other types of coconut oils are considered healthy. Hydrogenated oils shouldn’t be a part of your food list, especially if you prefer to stick with diabetes-friendly food.

When To Use Hydrogen Peroxide?

Hydrogen peroxide also can be used as a mouth rinse to treat gingivitis which can clear away mucus and relieve minor mouth irritation.

Besides using it on dental instruments, hydrogen peroxide also can be used to bleach to make your shirt clean and make your nail healthier. Not just been using or placed in safety aid, but it can be used for the purification of your home.

So, this shows there are multiple functions of the chemical compound and not just for the purification of wounds.

1. To clear away pit stains – abolish it by making a solution 2/3 of dish-washing and 2/3 of hydrogen peroxide after that use for dye about 60 minutes. Then, using cold water to wash and dry it.

2. Boost your laundry – when washing white clothes, add a cup of hydrogen peroxide in the washing machine. Apply as a ‘dye’ as the need to use for the color test, if you need to use dye on dim clothes.

3. Mouthwashes – use for dental hygiene.

To kill germs, and make sure you dilute the solution with ½ water and ½ hydrogen peroxide. Wash for 60 seconds and spit it out. It also can help with teeth whitening.

Tip: Make sure you do not swallow the mouth wash!

4. Antiseptics – repair a burning, scrapes and avoid the skin infection of minor cuts. Support on cut out dead skin cells and clean the area.

Tip: You shouldn’t use hydrogen peroxide in deep cuts, wound or bruises.

5. Grow mushrooms – support combat mold bug that can destroy the mushrooms. Add a few drops of hydrogen peroxide to kill the mold and fungus.

6. Grow your garden – hydrogen peroxide can support a plant development to give more absorb of oxygen to get nutrients.

8. Keep food fresher – bathed fruits and vegetables with hydrogen peroxide to keep them fresher. But remember, you need to wash it before eating.

Tip: Essential oils have many other benefits. They can help with diabetes.

When not to use hydrogen peroxide?

This chemical compound no longer is used as a ‘go-to’ disinfecting agent by professional medical practice.

The discourage for its use on wounds is because of the problems it causes on wounds, so the hydrogen peroxide is not any longer considered ‘curative’ on wounds but gives a negative effect.

Research suggests there are a few complications, for example, dermatitis (skin infection), burns, blisters, hives, redness and itchiness and irritation all can be an effect of hydrogen peroxide.

Tip: Fever is an indication of an infection, which can sometimes cause hallucinations.

The curative effect can be translated into acne treatment and other skin issues, or diseases. It can outweigh your skin.

The other side effect is the damage to your eyes, fatality when swallowed, and the potential to get cancers.

There was dumpling hydrogen peroxide can don’t kill the bacteria but targeting the catalase enzyme in all cells that comes with contact but will destroy the healthy cells and slow down the healing process. The oxygen embolism blocking the flow of blood as there are instances where the oxygen bubbles creating hydrogen peroxide reaction entering the blood vessels.

Since 2016, the hydrogen peroxide is not considered a ‘must-have’ solution for medical practice for wound healing, and no longer recommended for wound care regardless of how deep the wound is.

So, hydrogen peroxide seems to have gone the same path as Mercurochrome: once praised and then scrutinized and abandoned.

Using the water for washing the wounds, maybe the application of some disinfectant and knowing the early symptoms of tetanus seem to be the modern approach to wound care. This approach alone can’t be a success in the later stage but only successful in early-stage as without risk, if not vaccinated as curative of tetanus.

Hydrogen peroxide can make the cellulose, lines and liquids cannot be processed, some endoscopes or medical devices with the long or narrow lumens cannot be processed at this time, required the synthetic packaging and special container tray and may be toxic at levels greater than 1ppm TWA.

It can be useless in high tension and with substantial curves of more than 20 degrees, not be used for obese patients and shouldn’t be used for wet wounds at all cost.

Tip: Hyperbaric oxygen therapy is proven to help for many types of chronic slow-healing wounds.

What can you use on wounds instead of hydrogen peroxide?

Besides using hydrogen peroxide, we can use a saline solution for washing our wounds.

Saline is a homogeneous solution mixture that contains more than one substance. Commonly saline that we know is sodium chloride which is salt at 0.85 to 0.9 that dissolved in 100ml of clean water.

Not only saline, but you also can use tap water to replace the hydrogen peroxide by holding the wound under the water flow. The longer, the better because for discharge the all the debris, bacteria and dirt.

But, strictly do not scrub the wound by using a washcloth as that can affect the wound and make the infection worse as the dermis of the skin will expose, allowing the diseases to spread. After washing away all the debris and dirt, clean the wound area with a cotton pad.

Then, treat the wound with an antibiotic, which is important to prevent infection.

Always use gloves; do not touch the wound directly because the outer dermis of human hands contain a lot of microorganisms that we can’t see with our naked eyes. Those microorganisms can easily spread infections without we realize it.

If you don’t have the gloves (or ideally medical gloves) make sure you wash your hands carefully with antibacterial soap or use hand sanitizes so the hand will have only up to 0.09 % bacteria that may be trying to transmit more infection to the wound.

The point is you can never sanitize your hands to make them 100% germ-free by washing it with anything.

Tip: We have covered some valuable tips about choosing the best wound dressing product to speed-up wound healing.

Hydrogen peroxide can slow down the curative wound process and when an older people use it is most likely not effective (if not damage to the skin) because older people need more time to heal a wound than young people, as they (elderly) have a lower level of antigen for curation.

The normal of curative time is 3 days for making the wounds fully dry, but not too dry, as the moment the surface of the wounds gives a response by generating new cells.

The current medical recommendation is to replace the use of hydrogen peroxide by using tap water and/or (ideally) a saline solution. Unlike hydrogen peroxide, these solutions can’t harm the wounds but only can wash the wound’s surface by removing the infection, blood or dust.

As medical research evolves, many innovative solutions have taken the former place of hydrogen peroxide when its come to wound disinfection and healing, giving better outcomes resulting faster and safer wound healing outcomes.

Tip: Pressure-relieving heal protectors, and heating mats can help to keep you away from pressure sores. 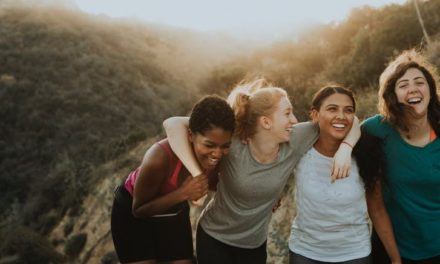 Difference Between Pre-diabetes Vs. Diabetes 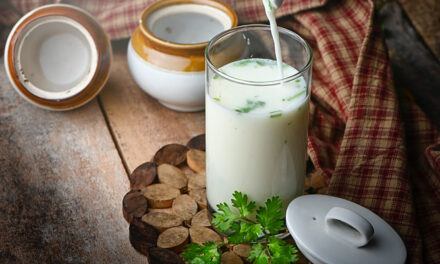 Buttermilk and Diabetes – Is Buttermilk Good For Diabetics? 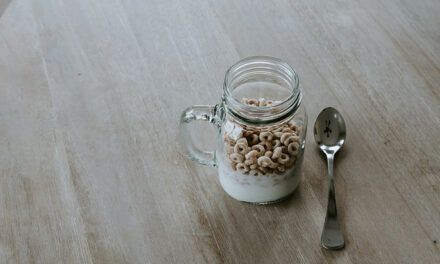 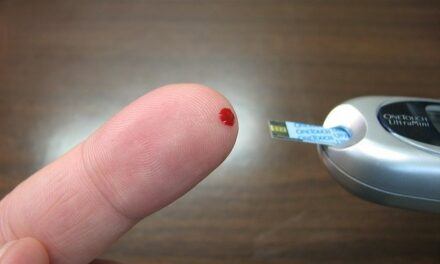