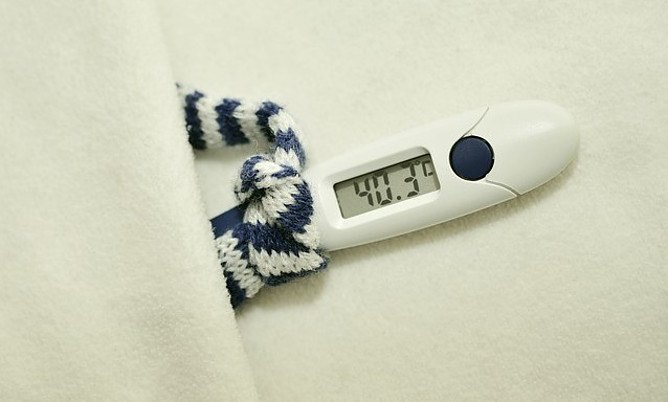 Getting sick is never pleasant, the resulting aches, pains and general lethargy go far beyond a normal annoyance. At a certain point in the body’s fight to combat whatever has infected it, or it has perceived to have infected it, fever kicks in; taking a regular unpleasant bout of illness to the next level.

Fevers differ in adult and children but can be caused by a host of reasons; flu, pneumonia, certain childhood immunizations, teething in babies, arthritis, infected wounds, or urinary tract and kidney diseases, to name a few.

Besides an elevated body temperature, a fever can cause sweating, feelings of being flushed or too cold, shivering, body stiffness and headaches.

Before that, let dig further into what exactly fever and hallucinations are.

What is a Fever?

A fever is caused by a shift in the hypothalamus in the brain.

When the body perceives its immune system to be under attack, it releases ‘pyrogens’ into the bloodstream which then reach the hypothalamus. The brain literally switches up the body’s internal thermostat. The purpose of the hypothalamus raising the body’s temperature is to kill bacteria and/or viruses that can only thrive in certain temperatures.

Tip: This article covers all the possible reasons on what makes you struggle to sleep through the night.

What is a Hallucination?

Hallucinations are sensory experiences that look, sound and feel real but are in fact created by the brain. Although hallucinations can affect all five of the human senses, the below mentioned are the most common hallucinations experienced as a result of a high fever.

Seeing objects, people or animals that aren’t there are all classified as visual hallucinations. They can sometimes manifest themselves as patterns, lights or aura’s as well. During a fever, it is relatively common to experience flashing lights, see aura’s or experience dark patches in one’s vision as a result of the headache caused by the fever.

Olfactory hallucinations are less frequent during a fever unless a migraine accompanies the fever. They affect the sense of smell and can be both pleasant or unpleasant smells that are overpowering to the sufferer, but in reality, do not exist.

It is fairly common to experience little to know a sense of taste when fighting off a virus or bacteria, especially if a secondary sinus infection occurs. However, unpleasant, oftentimes, metallic tastes can be experienced when a high fever occurs.

The most common of hallucinations, auditory hallucinations occur when voices or sounds are heard. These can often be overwhelming and confusing for children and can cause panic attacks.

Tip: Here are the typical panic attack symptoms in men and women.

Tip: Don’t ignore anxiety symptoms in children, women
and men although there are some differences between panic attacks and anxiety attacks.

How Fevers Cause Hallucinations? The Relationship

The actions that happen in the body once the hypothalamus shifts the body’s core temperature causes the body’s functions to slow down. This, in turn, creates an imbalance of certain neurotransmitters and psychoactive compounds in the brain. This causes hallucinations and is called encephalopathy or brain malfunction.

Fever can go beyond hallucinations when encephalopathy is severe, or the fever is incredibly high, causing a person to have bad coordination. This is classified as a medical emergency!

The Difference Between Adults and Children – Fever and Hallucination

The difference between adults, children and infants all revolves around the way a temperature should be taken and how high the fever is.

To make things easier to understand, let’s look at the below scenarios when the fever is ‘low’ and ‘high’.

Adults and children over the age of three months are considered to have a high-grade fever if their temperature is more than 38.9C. It is at this stage the hallucinations with fever would occur.

Infants under three months old are considered to have a high-grade fever if their rectal temperature is more than 38C. A high-grade fever can lead to Febrile Seizures in children between the ages of 6 months and 5 years.

Children and the elderly are more likely to experience a high-grade fever than adults and have the associated hallucinations or delirium that accompanies a high body temperature.

In children, however, hallucinations will mostly occur at night at the onset of fever and would last only a short duration. In older people, hallucinations may continue until treatment is given to control body temperature.

Although a fever is, for the most part, a harmless process of the body trying to heal itself, there are times when other complications may arise.

Let’s find out what are they.

Febrile seizures as a result of a high fever can occur in children between the ages of six months and five years. These seizures can be scary but are usually harmless. By placing the child on their side, ensuring their airway is clear and then call a healthcare professional, although most times, the child will come out of the seizure on their own.

You may do not know that one in every three children will continue to suffer from febrile seizure until they are five years old. They are usually grow out of them after that.

Extended hallucinations or delirium can occur in the elderly as a result of a high fever. The prolonged bouts of hallucinations usually come with an underlying cause though. Especially, in those who are suffering from a preexisting underlying neurological or psychological issue.

Another neurological damage or brain damage as a result of fever is incredibly rare. The body’s temperature needs to be above 42 C for an extended period of time, such damage to occur. If the external temperature is high during a fever or if there is a preexisting neurological issue brain damage can occur, but it is highly unlikely.

What to do When a Fever Causes Hallucinations

Not all fevers require treatment. A fever turns on the body’s immune system and helps to fight off viruses and bacteria that cause infection. Although they may be worrying, a normal fever is a good thing. If a fever is not causing discomfort to the person experiencing it, then the best approach is to keep them cool and calm.

o For those who experience ‘high-grade fever’, severe headaches or suffering from hallucinations as a result of fever an over the counter medication can be taken to ease any discomfort and bring down the fever.

Medications like Paracetamol (Panadol), Ibuprofen (Advil) or Acetaminophen (Tylenol) are very effective in bringing down the temperature and well as alleviating the unpleasant symptoms of an illness.

o Ensure that the sufferer of the fever is drinking sufficient liquids and electrolytes. Juices, broths and waters and well as rehydration sachets like Pedialyte for children, or rehydrate for adults will help to keep hallucinations and fevers in check.

o Don’t bundle anyone who has a fever up. A cool environment with light blankets and clothing is ideal; however, make sure not to get too cold. Inducing shivering will only increase body temperature. A lukewarm bath may assist in bringing down a fever in children.

o Reassure those who are suffering from hallucinations as a result of fever and encourage them to rest. The body requires enough rest in order to recover and fight the virus or bacteria causing infection. Strenuous activity can raise the body’s temperature higher and cause further discomfort or higher fever, so avoid them at all costs.

When to Seek Medical Advice? And, When to Go to the Hospital?

There are times when a fever requires immediate medical attention that may require hospitalization. Infants and young children especially need to be monitored closely and should be taken to the hospital if any of the symptoms guidelines mentioned below are present.

A fever of more than 39.4 degrees Celsius

Vomiting and/or diarrhea that accompanies a high fever, and with an increased risk in dehydrating

Rashes on the skin

2. Children and Babies – A rectal reading for elevated temperature

Immediate attention is needed if babies less than 3 months has a rectal temperature of more than 38 degrees Celsius.

For children over three months of age, a rectal temperature of more than 38.9 requires immediate attention. If the child has a fever with over 38 degrees Celsius for more than 24-48 hours, again, medical attention is required.

Seek medical attention by calling an ambulance if the infant or child has any of below symptoms too.

*Difficulty breathing or seems to be in respiratory distress

*Complaints of a headache or tugs on their ears repeatedly

*Has a rash on their skin

*Appears limp, over lethargic or listless

*Cries consistently and cannot be consoled

*Has a stiff neck or is unable to move their head

*Is confused or disorientated

*Does not eat or drink for more than 24 hours

The body’s natural reaction to viral or bacterial infection is to increase its body temperature. Fevers, in general, are an indication that your body is fighting off an infection and should go away in a few days. Although a fever may be uncomfortable, mild fevers and hallucinations are not dangerous.

Low-grade fevers and mild fevers are treatable with over the counter medications if necessary. Medications like Paracetamol (Panadol), Ibuprofen (Advil) or Acetaminophen (Tylenol) can alleviate the aches and pains of fever and can keep hallucinations under control. Staying hydrated and resting is key to ensuring that the body’s temperature returns to normal levels.

Infants, children, adults who are immune-compromised and the elderly should be seen to by a medical professional if a fever falls within the ‘high-grade’ level or remains at 38 degrees Celsius for more than 48 hours consistently.

Tip: if the fever is caused by a wound, here are the best wound dressing products to heal wounds fast. 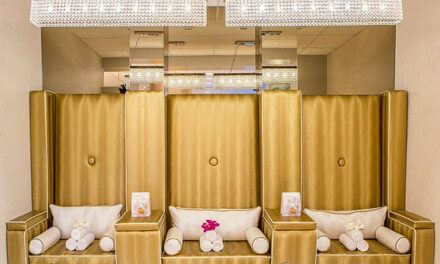 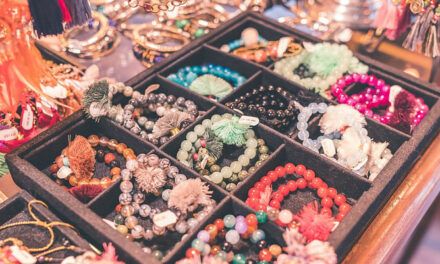 5 Best Anxiety Bracelets – Can a Bracelet Help You With Anxiety To Calm and Relieve Stress Fast? 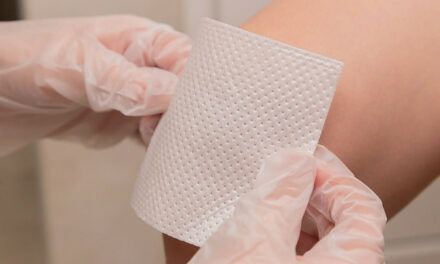 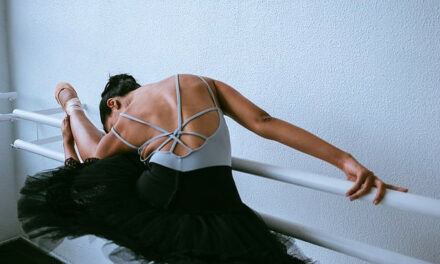 Can A Bulging Disc Heal On Its Own?