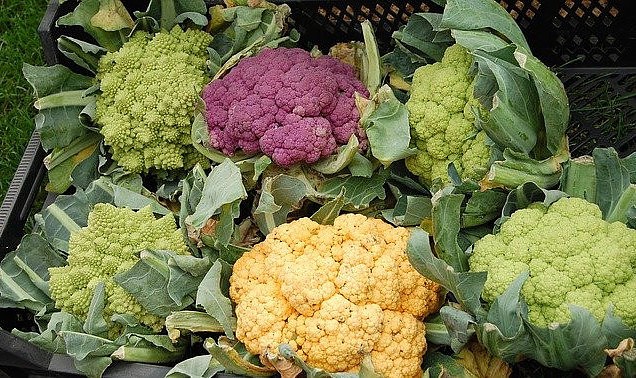 If you have diabetes, or know somebody that does, you know how many restrictions there can be when it comes to food and diet. Many foods can make the disease worse, and make you sicker. In fact, some even say type 2 diabetes is caused by the food you eat. It develops based on the foods in your diet, food can create diabetes (only type 2 diabetes, though), and it can cause already existing diabetes to progress and get worse. Diabetes is a disease that has to be cared for the right way, with a combination of insulin and diet. One food that has been speculated about being good for people on a diabetics diet is cauliflower, and cauliflower rice. But is it actually a good choice of food for those trying to manage their diabetes? Is Cauliflower Rice Good for Diabetics?

Before exploring about cauliflower and cauliflower rice, let’s cover some basics about diabetes so I can explain things better to you.

Diabetes is a disease where there is too much sugar (i.e. glucose) in the blood.

There are 3 different types of diabetes out there.

There’s Type 1 Diabetes, which is when the pancreas produces little to no insulin on its own.

Then there’s Type 2, which is a chronic illness that affects the way that the body processes blood sugar.

Finally, there’s something called Pre-diabetes. This is when you start exhibiting signs of type 2 diabetes, but have not fully developed it yet. At this stage, it’s much easier to reverse, and if you do have pre-diabetes, you should take the necessary steps to prevent it from turning into full-on diabetes immediately.

Now that we’ve discussed what diabetes is, let’s discuss the other part of this topic, and find out what cauliflower is.

It’s an annual plant that reproduces by seed.

It’s a vegetable that, although not one of the more popular ones, is typically enjoyed by those who eat it.

Most people cook it into something, though, as on it’s own, it’s pretty bland. There are a lot of foods out there that are actually from the cauliflower family, and most people are not aware of that fact.

So, let’s talk about that now, and discuss some of the different types of cauliflower out there.

So, let’s get started.

The most popular types of cauliflower used around the world today include:

This is the standard cauliflower. When people think of cauliflower, this is what they tend to picture. It’s white (obviously) and has a fairly bland taste.

This type of cauliflower is of a green variety, and it has striking florets, giving the head a spiky appearance.

Due to its green curd, this one can also be referred to as a broccoflower. This type of cauliflower looks just like typically, white cauliflower, only it’s green, the same green as broccoli, instead of white.

This type of cauliflower has orange and/or yellow-colored florets that make up the head. These ones have a sweeter but milder taste than white cauliflower.

Now that we know the types of cauliflower, let’s discuss the what contains in a cauliflower, and what nutrients it holds.

The following are all nutrients that are held by one head of cauliflower:

As for sugar, Cauliflower has some, but not quite as much as other vegetables too. Cauliflower contains roughly 2.2 grams of sugar, and 36 calories. So it’s not a very sugary snack, and it is something that is recommended for diabetics to include in their diet, which we will get into soon.

Right now, let’s discuss the glycemic index of cauliflower, and how good or bad it is.

What is the Glycemic Index of Cauliflower?

The glycemic index of cauliflower is 10, which is fairly low, and that’s a good thing!

When something has a low glycemic index, it’s much healthier, and can help you maintain weight loss. It’s also a good choice of food if you have diabetes, as it fits perfectly into the diet and can help you maintain the disease. When a food item has a low glycemic index, it’s a good food to eat when you suffer from diabetes, and as I said, cauliflower only has a glycemic index of 10, which makes it exceptionally low. So that makes it a good food to eat if you have diabetes, which we will talk about later.

Today, we’re going to discuss the biggest health benefits of cauliflower, and find out how this typically bland and mild vegetable can positively affect you and your health.

So, let’s get started.

The main health benefits of cauliflower include:

Tip: Warts look like cauliflower, but the good news is that CBD oil can help you get rid of them.

Now that we’ve discussed some potential health benefits, let’s discuss possible things to be cautious about while eating cauliflower.

When it comes to something like cauliflower, there really aren’t many cautions you should take. It’s a food that is safe in almost every cause.

When consumed in smaller, food amounts, it’s pretty much safe all of the time.

So overall, it’s not a dangerous food in just about every situation. But if you are pregnant or breast-feeding, and are eating cauliflower in medicinal amounts, just be careful and proceed with caution.

What is a Bad Cauliflower?

That’s been explained well in this video. Enjoy!

Is Cauliflower Good for Diabetics?

The answer: yes! Cauliflower is good for diabetics. It’s a good choice of food for those who suffer from diabetes because it doesn’t have a lot of sugar, it has a low glycemic index.

Cauliflower can be used in almost any dish, and it’s hidden well. So if you put it in a meal that you cook, you’re getting the nutrients, and you’re filling yourself up (without gaining weight or giving yourself too much sugar, especially if you’re diabetic), but can avoid the bland taste that it comes with, as it usually blends in and starts tasting like the dish you made, only with a different texture (usually). And that’s not too bad, since the texture is a lot like broccoli, and it’s not something that is typically a reason that people don’t eat cauliflower. So if you’re diabetic, or even if you’re not and just want to benefit from cauliflower in other ways, throw in some cauliflower next time you’re cooking a meal and feel like maybe it’s missing a little something.

Although that’s not necessarily its purpose, yes cauliflower can lower blood sugar. Due to the fact it has very little sugar in it, it does not raise your blood sugar, or have any type of negative effect on it (unless of course you actually have low blood sugar when you eat it).

It also reduces inflammation, which can help those who have diabetes, as inflammation often comes along with it.

There are many benefits and factors of cauliflower, most of which can help a wide range of people, diabetics being targeted the most, though. It’s definitely a food you want to at least think about including in your diet if you suffer from diabetes, as it will likely be something that can help you control your blood sugar easier, and make you feel better along the way.

What is Cauliflower Rice?

Cauliflower rice is a rice dish that is completely made of cauliflower. Just like the name suggests!

It’s a dish that is easy to make, too.

It’s also full of antioxidants and vitamins. It’s high in fiber, low in carbs, and it’s something that can fit into so many different diets (which we’ll talk about soon).

Cauliflower rice is a nice meal you can quickly whip up for dinner some night. It roughly takes only 5 minutes to cook after all the prep work, which isn’t bad at all. It’s a nice dinner, full of nutrients, but not full of calories, and it’s easy to quickly make, especially if you’re really busy and don’t have much time, but still want a decent meal for yourself and/or your family. It would be easy to quickly make for yourself, if you’re dinning alone. But it can also be made into a bigger dish, and feed your entire family.

It’s a smart idea for a quick meal, if you ever find yourself with not enough time to stay in the kitchen and prepare a big dinner/meal.

What are the Benefits of Cauliflower Rice?

However, here’s a shortlist of some benefits of cauliflower rice, anyway:

Is Cauliflower Rice Good for Diabetics?

Yes, it is. If you suffer from diabetes, cauliflower rice can be a good meal for you to make at home. It’s low calorie, so you can eat a lot of it, you can eat it until you feel full, and you shouldn’t gain any weight. And there’s little to no sugar.

Obviously, cauliflower wouldn’t be something to eat if your blood sugar is low. However, if you have high blood sugar, like I mentioned earlier, then it is a very good food for you to eat as it lowers your blood sugar, and it has almost no sugar in it anyway so it will not be contributing to your blood sugar and making it and/or keeping it high.

So, cauliflower rice, which is obviously made out of cauliflower, is something that you could whip up quickly for dinner, that could benefit you if you are a diabetic. Unless you have an allergy or there is another reason you can’t eat cauliflower, try it sometime.

It may help, and there’s no harm in trying, since cauliflower has almost no risk in just about every situation. It won’t make you feel any worse, but it may make you feel better. Might as well try it, and see if it works for you.

In conclusion, if you’re looking for a vegetable to snack on or throw in a meal, opt for cauliflower, especially if you’re diabetic. It’s a perfect food for those who suffer from diabetes.

It’s not too sugary, and although it’s bland, it can be mixed into things well. Many people have recommended it as a food to diabetics, and it seems like it would be an easy choice of food to just cook up or toss into a meal.

So, next time you’re looking for a snack or something to add to a meal you’re making, remember one word: cauliflower.

Thank you for reading! 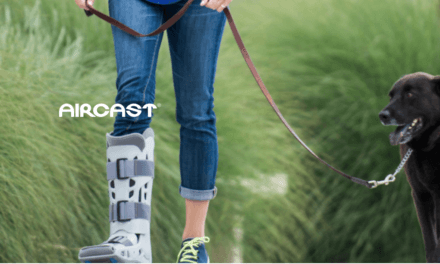 What is an Air Cast? A Guide and Review of AirCasts, AirCast Ankle Braces and AirCast Boots 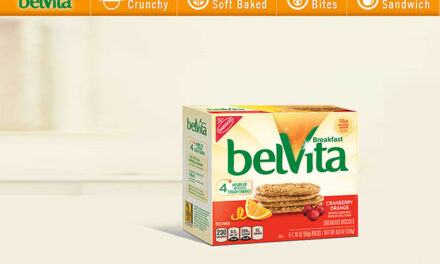 BelVita and Diabetes – Is BelVita Good for Diabetics? 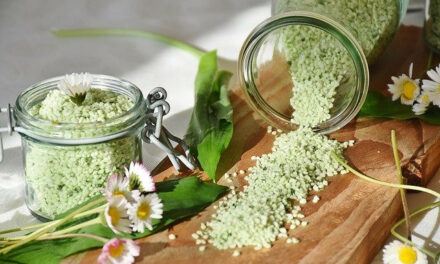 Is Smoked Salt Healthy? The Complete Guide For People With Diabetes and Hypertension 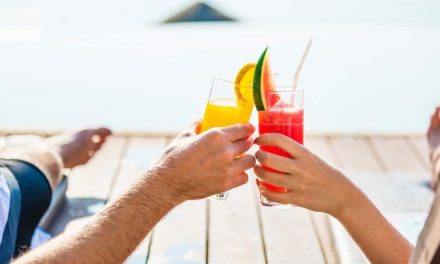