If you’re with diabetes, chances are there are a lot of things you have to take into consideration in life, even when it comes to pretty basic stuff. Things such as food, drinks, shoes, and sometimes even the fabrics you wear, all have to be thought about before you actually put them in or on your body. Specifically talking about foods and drinks, there are a million things that have been inspected, finding out if they are good for diabetics. For example, Vitamin Water Zero – Is Glaceau Vitamin Water Zero is Not a Healthy Option?

But there’s one drink that has a lot of misconceptions about it. That drink is called Glaceau Vitamin Water Zero, which we used as an example earlier. It is constantly talked about how good it is, and how it’s a healthier option than other drinks out there, and it’s been insinuated that this drink actually is a good drink choice for diabetics too.

Is Glaceau Vitamin Water Zero good for diabetics? But, is it really?

Well, that’s what we’re here to find out today. So, let’s get started discussing Glaceau Vitamin Water Zero… Is it really as healthy as people say it is, and is it really a good choice for diabetics?

What is Glaceau Vitamin Water?

The first thing we should talk about is what Glaceau Vitamin Water actually is.

Glaceau Vitamin Water is a type of drink by the company Glaceau, that is supposed to be a sports type of drink. It’s often viewed as a healthier alternative to drinks like Gatorade.

With a name like ‘vitamin water’, you can kind of guess that some of the ingredients do include vitamins, such as vitamin B and C. It comes in a multitude of flavors (some singular, some mixed together) and colors, including tropical mango, kiwi-strawberry, blueberry pomegranate, orange, dragon fruit, fruit punch, and more.

It’s a drink you often see when you run quickly into gas stations, or when you’re at the grocery store. It seems like it’s everywhere, and almost everybody knows about it. But, even if you know about its existence, how much do you really know about the flavored drink?

We will also be discussing the big question: is Vitamin Water good for diabetics? Well, we’ll find out today!

What is Glaceau Vitamin Water Zero?

It is said to be an alternative to drinks such as Gatorade, and even regular Vitamin Water, as they both have calories, and this drink apparently doesn’t have one single calorie in it. However, even though it is advertised as having no calories in it, some people have questioned that.

Well, that’s what we’re going to be talking about now. Does Glaceau Vitamin Water actually have zero calories?

The answer is, *drum roll please*… Yes, Vitamin Water zero really does have 0 calories. It has no sugar and is sweetened typically with a sweetener called Stevia, which has no real sugar in it. But make no mistake. Just because it doesn’t have sugar or calories whatsoever, that doesn’t automatically make it good for you.

Many people tend to think that Vitamin Water Zero is healthy for you due to the fact it does actually have no calories. However, that is not true in the slightest.

While Vitamin Water isn’t always an “unhealthy” option, it is almost always not a necessarily healthy option. Due to the fact, Vitamin Water Zero has zero calories, it has no nutrients in it, so it already doesn’t benefit you in any real way. But also, Vitamin Water is often used as a substitute for Gatorade, as they can both be classified as sports drinks.

However, Vitamin Water Zero has absolutely nothing in it that holds calories. This means that it has no nutrients in it, and that means that it doesn’t have enough sodium to be considered an electrolyte drink, so it doesn’t even qualify as a sports drink, or hold the same purpose that Gatorade does. So, keep that in mind when you’re purchasing a Vitamin Water Zero drink.

This is the Vitamin Water Zero commercial.

Now, let’s talk about the answer to the question that everyone’s been asking: Is Vitamin Water good for diabetics?

Should a Diabetic Drink Vitamin Water?

Although the sweetener used in the Vitamin Water Zero can potentially benefit type 2 diabetics, the general answer to this question is ‘No’.

Stevia, the sweetener they typically use, has been recorded and observed as occasionally helping Type 2 diabetics. However, overall, Vitamin Water should not be drunk by diabetics. The main reason that Vitamin Water is not a healthy option, especially for those that have diabetes, is this: In actual Vitamin Water, not in Vitamin Water Zero, there different sweeteners used, ones that do have sugar in them.

This includes erythitol and a sweetener made from a corn source. Erythitol is a sugar alcohol found in some fruits and fermented foods. This could cause a diabetic’s blood sugar to rise to dangerous levels. This fact alone should be enough for a diabetic to not drink Vitamin Water. It can be dangerous for somebody with diabetes to drink this.

Not to mention if they drink too much of it, things could go very badly, very quickly.

So, if you are a diabetic, please be wary of Vitamin Water, as it will likely harm you rather than helping you.

(However, also note that consuming excess amounts of these vitamins will not provide you with any health benefits. Your body will not store them, it will just excrete in your urine, and in some cases, it may potentially be harmful to get too much of one vitamin).

So, it’s got those benefits going for it. But despite having these benefits, overall, Vitamin Water Zero is not a healthy drink option. And right now, we’re going to discuss why.

So, let’s talk about it.

While Vitamin Water Zero is seemingly a health drink option, and is advertised that way, the reality is much different.

As the product is called “Vitamin Water Zero”, even without the advertisement, people tend to think that it is a healthy option. However, that isn’t the truth of it.

Like explained above, it is true that Vitamin Water Zero in fact does have 0 calories, and that must mean it’s healthy, right? Wrong. The truth of the matter is that due to the fact it has zero calories, yes, it doesn’t have any sugar, but, it also has none of the things listed below:

And finally, just a reminder that although it does hold many vitamins, your body will not store them due to the fact you actually get too much from of the vitamins. Because there’s too much of a vitamin, your body won’t have room to store it, and will just flush it out, making the drink and excess vitamins it holds essentially useless.

But, in some cases, getting too much of the vitamin can actually harm you. You wouldn’t think it to be true, but the truth is too much of anything, no matter what it is, is not good for you. Anything can become unhealthy in large quantity, and vitamins are included in that. So getting too much with either do nothing since you won’t be able to absorb any of them after your body has stored all that is able to, or it can potentially harm you. So be wary of that.

Vitamins such as A and E occasionally come in smaller amounts in the drinks, but often they don’t come in the drink at all, only in specific types of vitamin water and in certain flavors.

Due to the fact it has none of those things, it means it is not nutritious in the slightest. It’s not a drink that holds nutrients, so it doesn’t benefit you in any special way. When it does cause a reaction, it is typically gastrointestinal upset, which can present in the form of nausea, vomiting, diarrhea, and/or abdominal pain. This is a problem that can be a long-term side effect of drinking Vitamin Water, so keep that in mind if you are ever drinking one.

Tip: Did you know some vitamin deficiencies can cause muscle pain?

Other Facts to Take Note Of

It is also possible, when drinking a Vitamin Water drink, that you are increasing your chances of developing certain diseases. As far-fetched as it sounds, it is true that drinking Vitamin Water can increase your risk, or even be what puts you at risk, of certain diseases. This includes type 2 diabetes, tooth decay, heart disease, metabolic syndrome, and sometimes in extreme cases, even cancer.

This drink is not something that should be messed with. It can potentially make you very sick, whether it’s just some intestinal upset, or a full-blown disease. Either way, it’s obviously not a good thing for you as a diabetic. Of course, this doesn’t always happen, but it is possible. So just be sure to keep that in mind when drinking this beverage.

Also, warning: In some cases, drinking Vitamin Water can also cause an allergic reaction. Nothing life-threatening has been recorded. However, no one likes having an allergic reaction. So if you’re aware of anything that you’re allergic to, check the label before purchasing/drinking, and drink it with caution, especially if you’ve never had it before.

So, all of that is why the drink is not considered a “healthy” option. Despite the name, it is not a drinking that can really benefit you very much, especially Vitamin Water Zero, and it can also cause quite a few side effects in some cases as well.

So, in conclusion, while it doesn’t have any sugar in it, it also doesn’t have anything in it, that would make it a healthy and nutritional option for a drink. It has absolutely no nutritional value at all because of everything it lacks. So, even though the drink may seem like a healthy alternative just because it has no actual sugar in it, that’s not the reality of it.

The truth is, like I’ve said, Vitamin Water doesn’t have any nutrients in it, so it doesn’t benefit you that much, and typically, the reactions people do have usually aren’t great. So, before picking up a bottle of Vitamin Water next time you’re at the store, maybe reconsider, or at least educate yourself on the product before doing so.

Thank you for reading, and I hope you learned some new and/or useful information! 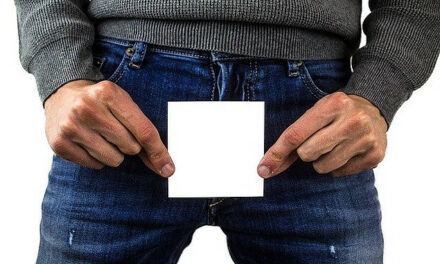 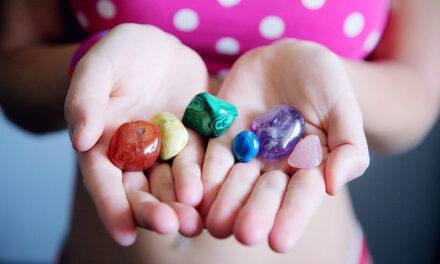 8 Best Gemstones for Anxiety and Depression 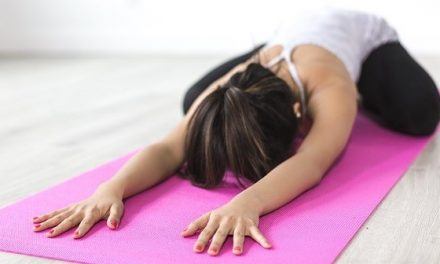 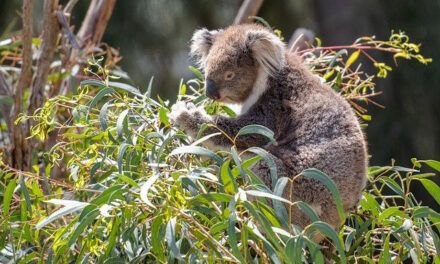