Bulbifera and Diabetes – Is Aerial Yam Good for Diabetes? 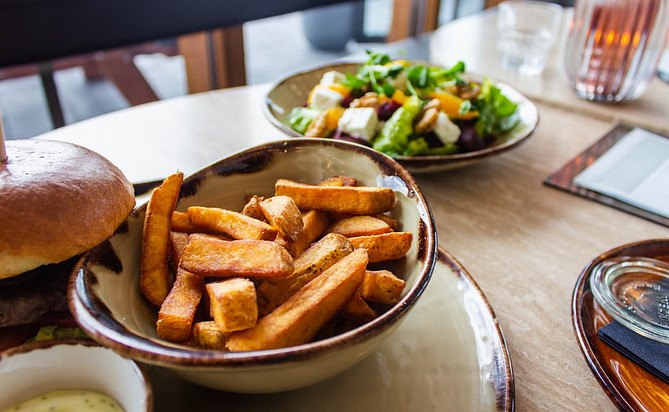 Aerial yam or Dioscorea Bulbifera is a specie of yam and an effective herb used mostly in folk medicine to support ailments such as diabetes, goitre, intestinal parasites, tumours and so on. There are many concerns surrounding its toxicity and edibility. Is it safe to eat? Is Aerial Yam good for diabetes? What are the possible side effects of eating aerial yam? With so many varieties out there, one can easily get confused or eat the inedible variety, so if you are someone interested in this yam, this article is for you regardless you have diabetes too.

Read on to find out more about the health benefits of aerial yams, its dangers, how it affects diabetes and what research has to say.

Yams are a type of tuber vegetable, which has its origins from Africa, China and the Caribbean. They may look like sweet potatoes; however, yam tubers have a distinct brown colored bark.

Depending on its maturity, its flesh may be white, purple, yellow, or pink. Yams are not as sugary as sweet potatoes, but they are more starchy, highly nutritious and versatile.

What is Aerial Yam?

Dioscorea Bulbifera – commonly known as Aerial Yam, Potato Yam, Air Potato or Air Yam is a tribal medicinal plant native to Africa, tropical Asia, America and Northern Australia. It is of the true yam species in the yam family (Dioscoreaceae).

Aerial yam produces tubers underground and tuberous bulbils on the vines. The bulbils look like potatoes weighing from about 100g to 1.5kg, hence the name ‘Air Potato’. The underground tuber of the plant is also useful; it grows almost as large as the yam.

There is indeed only one species of Dioscorea Bulbifera, but there are many varieties depending on geographical origins. The African aerial yam variety, for example, has bulbils that are sharply angled, dark brown with tan dimples. In contrast, the Asian variety has bulbils that are ellipsoid or spherical, and smooth. Some varieties are brown or grey in colour.

Air yams are highly nutritious and rich in carbohydrate, calcium and protein. It is believed to be the ideal diet for diabetics. The fleshy inside of aerial yam (both tuberous bulbil and underground tuber) is white or yellow in colour. The fruit growing on the vine and the tuber growing underground are both edible, especially when they are cultivated.

The underground tubers or bulbils can be replanted either whole or in small pieces. After 3-4 months, immature bulbils may be harvested (hand-picked), and can last throughout the life of the plant (24 months).

When the bulbils are fully ripe they fall off the vine. A single vine yields about 20kg of air potatoes, usually during the months of November and December. After 15-24 months, underground tubers are harvested (lifted by fork) when the vines die back.

The roots (underground tubers), of wild aerial yam, is considered toxic, but they are still eaten in some places (after detoxification) or used as medicinal herbs. The underground tubers are usually bitter, hard and unpalatable. African and Asian varieties have insignificant tubers, but tubers usually measure from small up to 25cm in size.

The bulbils themselves seem to vary in toxicity, some are edible others are not. The wild aerial yams that grow in Florida, for example, are toxic, inedible and aggressively invasive.

The cultivated variety of aerial yams are very edible and contains toxicity of almost zero to none. Because of their edibility, the cultivated aerial yam variety is less invasive compared to the toxic ones.

Authorities constantly refer to the air yams as toxic, but rumors still persist that with special preparation, they are edible. In some places, if the air potato turns brown quickly when cut open, it is then considered inedible. Some other places make double sure by first feeding it to a dog after preparation.

Some edible varieties of D. Bulbifera that are toxic, can be detoxified by soaking (overnight in water or flowing stream) or boiling. The aerial yams are hard and need to be boiled for a very long time or pressure-cooked before they are safe to eat.

Some varieties that are yellow-fleshed darken during cooking.

The best way to prepare aerial yam is via cooked applications – such as roasting, frying, sautéing, and frying same as yam preparation. Raw aerial yam is slimy with a bitter flavor, boiling it reduces the bitterness (toxicity).

This process may involve – cutting washed tubers into small 5cm thick slices, then cooking until they are soft before peeling and mashing it to a pulp. They can then be spread out and dried at a temperature of 50-700c for about 6-8 hours, until the moisture in it is reduced to 10%. The dried aerial yam is then ground and sieved.

The bulbils are also used to treat some conditions; the leaves as well have medicinal uses. Combining D. Bulbifera with other herbal remedies
has shown reduced toxic effects and improved therapeutic effects.

The Underground tubers contain about;

Aerial yam also contains some phytochemical analysis (like tannin, saponin, flavonoids, alkaloids sterols, and polyphenols), and some minerals (like calcium, magnesium, potassium, phosphorus, and sodium). Trace xanthophylls are present in the yellow pigments of the flesh, but beta-carotene is absent. Some toxic varieties contain toxic elements such as dioscorine and/or saponin dioscin.

These are found in vegetables and plants as predominant members of bioflavonoids. The Journal of Food Processing & Technology reports anthocyanins as having the capacity to prevent diabetes, lower blood pressure, reduce cancer cell proliferation, improve visual acuity, repress tumour formation, lower the risk of CVD modulate motor and cognitive function.

Anthocyanins also have anti-bacterial, anti-inflammatory and antioxidant properties. The antioxidant activity of anthocyanin contributes to most of the health benefits associated with it.

This is a carotenoid found in plants and vegetables. Carotenoids are fat-soluble compounds that act as a kind of antioxidant in human beings. Chopping and cooking carotenoids increase their nutritional strength when they enter the bloodstream, unlike some vegetables and protein-rich foods. Carotenoids are antioxidants that boost the immune system and protect you from diseases. They are also anti-inflammatory (improving heart conditions) and anti-cancer (specifically lung cancer).

Aerial Yam is anti-diarrheic, analgesic and anthelmintic, making it very effective in the treatment of:

Air Potato is effectual in curing and relieving:

Such as blood in the vomit (Hematemesis), and Goiter.

The anti-inflammatory properties of aerial yam help relieve pain even for bone fractures.

Such as anorexia, hernia, stomach ache, and stomach cancer.

Such as carbuncles and spider bite skin allergies.

Such as diarrhoea, dysentery and piles.

Aerial yam’s anti-cancerous properties, it aids treatment of tumours and conditions associated with it.

Such as Conjunctivitis (PinkEye) and Jaundice (Yellow Fever).

Such as pertussis (cough), asthma, pharyngitis, throat pain due to cough.

Such as snakebite or scorpion bite.

There are many research and studies supporting the use of D. Bulbifera in the effective treatment of many diseases, including cancer. Recent studies; however, reported kidney and liver damage caused by long-term oral use of aerial yam (D. Bulbifera). These effects are possibly due to its toxicity caused by – toxic effects of diosbulbin B and D on liver cells, inhibition/repression of enzymes necessary in metabolizing aerial yam components, and inhibition of antioxidant enzymes in the liver cells.

Even though proper cooking/detoxification may eliminate the bitterness (associated with its toxicity), prolonged excessive intake of Aerial Yam may cause:

Who Shouldn’t Use Aerial Yam?

Is Aerial Yam Good for Diabetes?

Diabetes management has a lot to do with diet and blood sugar regulation. Aerial yam is anti-diabetic, which makes it a good choice for type 2 diabetes.

This yam contains some saponins that support insulin secretion and improves insulin resistance.

Glycemic Index (GI) is a ranking system where ingested foods are ranked based on the rate at which they increase blood sugar. There are certain factors that affect the glycemic index and how sugar levels respond after eating.

Boiled air potatoes have a lower GI compared to the fried or baked version.

Puffed cereal, for example, has a higher GI, more than the unprocessed grain.

Soybeans, for instance, have a low GI compared to other beans.

Overripe bananas have a high GI of 74 while unripe ones have a GI of 43.

When the aerial yam (D. Bulbifera) is peeled, sliced, then soaked for 2 days, and finally baked for 15 minutes, it contains a low glycemic index of 34, 36g carbohydrate and a medium glycemic load of 12.24 (when consumed in a diet), for a total serving of 150g.

Since aerial yam has a generally low glycemic index no matter how it is prepared, it has very little impact on blood sugar levels. When it is properly cooked, the toxicity is eliminated and can be eaten like you would eat your regular yam.

With some low glycemic index foods, there is the concern that it may not have adequate nutrition (such as popcorn), but aerial yam is surprisingly rich in nutrients despite its low GI.

Aerial yam is traditionally used in lowering glycemic index which in turn provides a more sustained form of energy and even better protection against diabetes and obesity.

What Does Research Say About Dioscorea Bulbifera?

Research has also been carried out on various parts of the aerial yam plant showing anti-tumour, cardioprotective, anti-oxidant, antidyslipidemic, anti-diabetic, anti-HIV, anti-microbial, anti-fungal, anti-viral, anthelmintic, gastroprotective, analgesic, neuropharmacological, plasmid-curing, aorexiant, and anti-hyperthyroid activities. However, aerial yam has not been studied in people. More research evidence is required to prove its effectiveness for any medical conditions mentioned above.

A pharmacological review on the medicinal properties of D. Bulbifera confirm its therapeutic values, and many polyherbal drugs are in the market containing this plant’s parts. Although there is little research on advanced food processing, detoxification techniques, and how to avoid biological and geographical variations.

A research used aerial yam tuber extract to synthesise silver nanoparticles, by evaluating its synergistic potential in combination with some anti-microbial agents.

Dioscorea Bulbifera is one of the major ‘herbs’ widely used in traditional medicine, with a whole bunch of medicinal benefits, earlier mentioned in this article. It has shown tremendous potential and pharmacological benefits through various research and reviews.

Moreover, despite aerial yams’ toxicity, it is still one of the most widely consumed species in the tropical regions. It usually requires detoxification, but many believe it is an ideal diet supplement for diabetics among other health benefits.

Finally, it is highly important to consult with your doctor first before taking aerial yam as a food or herbal medicine to avoid over-dosage, complications and interaction with other drugs (if you are on medication).

It is also a good idea to be well-informed of the variety of aerial yam you want to consume, and the best way to detoxify it. 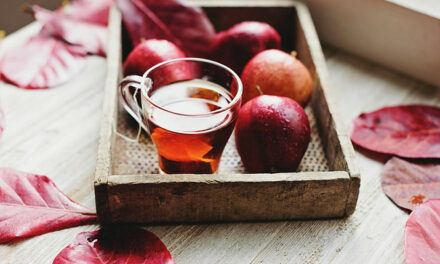 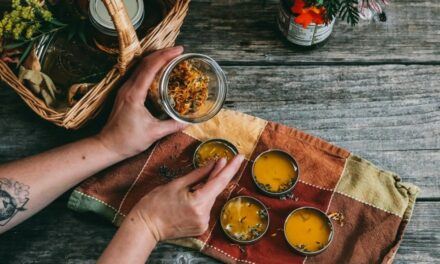