Coriander and Diabetes – How to Use Coriander for Diabetes? 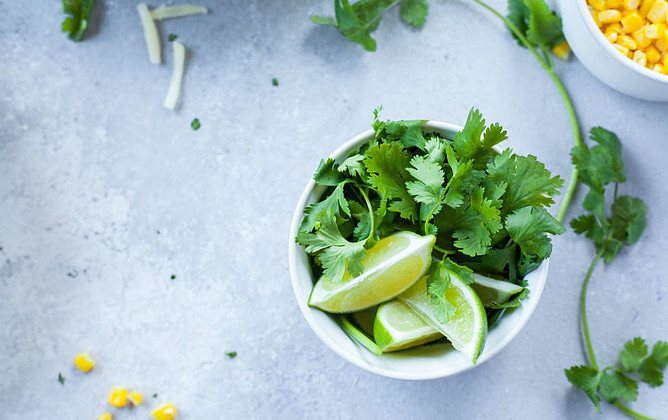 In this article, we will be exploring Coriander. For example, how Coriander affects your blood sugar level and diabetes? When you shouldn’t consume Coriander and how to use Coriander for diabetes?

Let’s cover some basics first. What is diabetes? And What is Coriander?

As you know, diabetes is a common chronic disease that occurs when the pancreas doesn’t produce enough insulin – a hormone responsible for regulating blood sugar levels – or isn’t capable of effectively using it. This way, we can also differentiate two types of diabetes, type 1 and type 2.

Type 2 Diabetes often forms only in adulthood, and it can easily be put under control by eating healthy and exercising regularly.

The structure of this article will follow the health benefits of Coriander overall, but also coriander oil, coriander leaves, coriander seeds, and finally coriander water. If you or your loved ones are curious about any of these topics, are battling diabetes and want to know how to use coriander products, or are just looking for ways to add more Coriander into your diet, read on… This article is for you.

Some typical dishes that include cilantro are salsa, guacamole, and chutney, whereas Coriander is commonly used in dishes like soups, stews, curries, and pickled vegetables.

While there’s somewhat of an agreement that the aroma of the coriander fruit is pleasant, though many people, especially people of European heritage, find coriander leaves, roots, and unripe fruits unpleasant.

A study discovered that this dislike is genetically caused. The results showed that the subjects disliking cilantro went as follows:

14% for those of African descent,

Even their nutritional value is different. That will be further elaborated on in the next paragraphs. More about coriander seeds will be said later in the article as well.

How Nutritious is Coriander?

In the table below, I have provided the comparison of the nutritional value of a 10-gram serving of cilantro and Coriander.

As fresh cilantro is 92.2% water, and coriander seeds are only 8.9% water, which is why cilantro has lower levels of minerals by weight.

Cilantro has higher levels of vitamins (Vitamins A, K, and E), while Coriander is richer in minerals (manganese, iron, magnesium, and calcium).

Here are the list of health benefits of Coriander:

Thanks to terpinene, quercetin, and tocopherols, it may have anticancer, immune-boosting, and neuroprotective effects.

One test tube study discovered that the antioxidants in coriander seed slowed the growth of lung, prostate, breast, and colon cancer cells.

Connected to its anti-inflammatory properties, some studies have shown that Coriander may safeguard against Parkinson’s, Alzheimer’s, and multiple sclerosis disease. It’s important to note that research on humans are lacking in this.

Coriander may also have some skin benefits, especially for mild rashes and anti-aging (once again, thanks to the antioxidants), as well as skin damage from ultraviolet B radiation.

Coriander and Diabetes – How Could Coriander Help Diabetes?

All the health benefits already stated in the paragraph above stand for people with diabetes as well. But here are some additional benefits of Coriander that are especially important, if you are with diabetes.

Coriander has been documented as traditional anti-diabetic medicine. This has been proven in a study as well. In that study, Coriander incorporated into the diet and drinking water reduced hyperglycemia of streptozotocin-diabetic mice.

Furthermore, Coriander has a low GI index of 33, which makes it the perfect food for people with diabetes, as foods with a low GI are easily digested and metabolized. It is also rich in fiber, which means it’ll give the feeling of fullness and prevent binge eating. It’s already been said that type 2 diabetes often comes hand in hand with excessive body weight.

In addition, coriander seeds, extract, and oils may all help in lowering blood sugar. And they do that by promoting enzyme activity that helps remove sugar from the blood. But, more about coriander seeds and their benefits for people with diabetes a bit later into the article.

When speaking about coriander health benefits, I have already stated many studies that proved everything I’ve elaborated. A study on mice explored the effects of UV radiation on skin, and the results supported the potential of Coriander preventing skin photoaging.

All of these studies have already been mentioned in the “Coriander Health Benefits” part, so do make sure to return and read more thoroughly on those points if this section is what interests you the most.

Coriander essential oil is derived by distilling with steam the seeds of the coriander plant. It’s related to cilantro essential oil, which is derived from the leaves of the same plant.

Tip: If you have diabetes, avoid these essential oils.

Coriander oil has a sweet yet being spicy, and woody smell, whilst cilantro oil has fresh grassy herbs smell with slight citrus and vegetable-like undertones.

Here are some health benefits of coriander oil for diabetes.

A 2009 study performed in rats proved that it reduces blood sugar by increasing the overall enzyme activity of the body.

A study program with 32 people showed that after 8-week observations, those people have decreased pain, bloating, and digestive disorders. It also works as a natural elixir that can improve digestion, as it relieves digestions issues such as constipation.

These components help in increasing the metabolism; therefore, more nutrients are absorbed.

When speaking of the ways to use coriander essential oil, it can be used in many different ways.

Firstly, coriander essential oil can be aromatically fulfilling. It isn’t widely popular as aromatic oil, but used like that has some health benefits, such as: it can help to calm a bad mood, encourage mental clarity and increase energy.

Coriander essential oil is also safe for topical use on all types of skin. It has many benefits for the skin. For example, it soothes aching muscles and joints.

Internal use is one of the most popular for coriander oil since it already is quite a popular cooking remedy.

Coriander leaves are widely used when cooking. It can be found in many dishes across the world – from curry to chutney.

There are numerous health benefits of coriander leaves for diabetics, which include: reduction of high blood pressure. Coriander leaves contain sodium and potassium, which also help reducing cholesterol level in the blood.

Furthermore, coriander leaves stimulate the endocrine gland, increasing insulin secretion from the pancreas. This helps precise assimilation and absorbs sugar in our blood.

A 2008 study showed that coriander seed extract decreased serum glucose in streptozotocin-induced diabetic rats and increased insulin release from the beta cells of the pancreas, which makes coriander seeds great addition to a diabetic’s diet.

Here is how you can incorporate it into your diet.

The easiest way to incorporate it into your diet is to use it as a spice if you like spicy food. Raw coriander seed can be used in various soups and sauces.

To consume even more Coriander, add roasted coriander seeds in the pepper mill on the dining table. That should definitely increase the chances of your coriander seed consumption.

You can also drink coriander water, and ways to prepare it will be further elaborated in the next sections.

For the best results, drink the water on an empty stomach. Coriander water helps to cleanse your body and also maintain blood sugar levels. It is also commonly used in weight loss journeys.

I am sure so far it all sounds beautiful, but it’s not that simple. Using Coriander can result in some bad consequence in a handful of people too. But, all of those side effects are minor and non-serious in nature.

Risks and Side Effects of Using Coriander for Diabetics

The three biggest side effects of coriander consumption include:

A 2002 study showed that 32% of children and 23% of adults taking part in the study were allergic to Coriander.

Symptoms include: hives and itching of the skin, swelling of the lips and mouth, wheezing, nausea and the feeling of light-headedness.

Whereas this is good for diabetics, and the overall health of your heart, it isn’t advised to lower your blood pressure if you have a specific health issue or an upcoming surgery.

While this isn’t exactly a health issue, it is a valid reason not to consume Coriander. As already mentioned earlier in the article, a research has shown that some people are more prone to picking up that specific taste.

Charles J. Wysocki of the Monell Chemical Senses Center in Philadelphia argues that some people may be genetically predisposed to dislike cilantro. It is due to a group of genes called OR6A2 that can be found both in Coriander and in soap.

Coriander is a common edible herb commonly used for culinary purposes. The leaves and stalks of the herb are called cilantro, whereas the dried seeds are called Coriander. Besides their name, their nutritional value, as well as uses, are utterly different as well.

The whole coriander herb is edible and used in many different ways.

Coriander oil, with many of its benefits, still isn’t a popular aromatic oil. It can be used aromatically. It’s safe for topical use on all skin types, while internal use remains the most common type.

Coriander leaves are commonly used in cuisines all around the world, as are coriander seeds, mainly as a spice.

Finally, you can make coriander water at home right now following the recipe I provided above.

In fact, you’re strongly advised to, as there are many health benefits of Coriander, as proven by numerous studies also mentioned in this article. 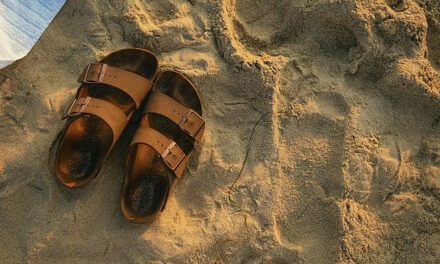 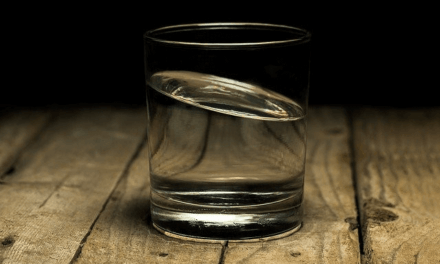 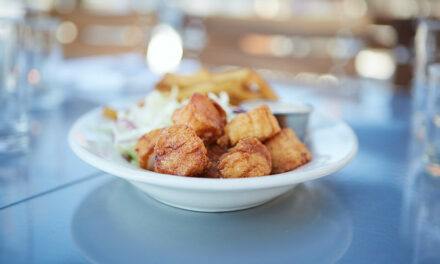 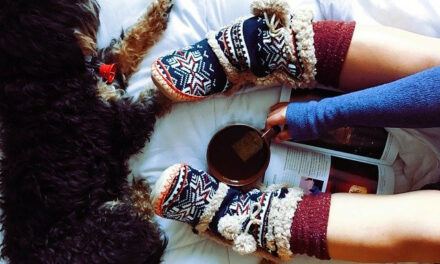