Is Cranberry Sauce Good for Diabetics? 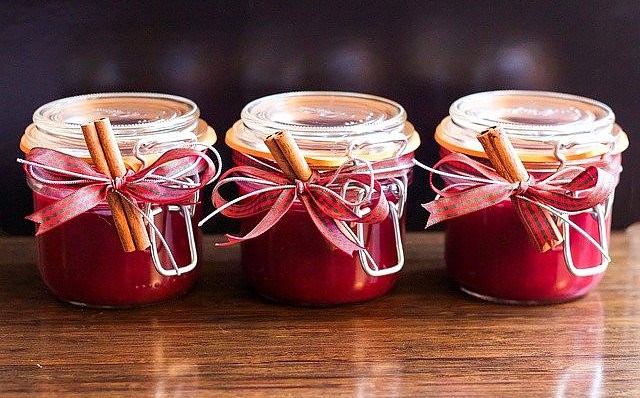 This article investigates cranberry and its effects on people with diabetes. In particular, we will be looking at cranberry sauce to answer Is Cranberry Sauce Good for Diabetics?

WHO defined diabetes as a chronic disease that occurs either when the pancreas does not produce enough insulin or when the body cannot effectively use the insulin that it produces. Insulin is the hormone that’s responsible for regulating blood sugar levels.

There are two types of diabetes that can be differentiated: Type 1 Diabetes that occurs when the pancreas produces little or no insulin, and Type 2 Diabetes, also called non-insulin-dependent or adult-onset, occurs when the body is ineffective in using insulin.

Type 2 diabetes is the more common of the two and will also be the main focus of this article. It is primarily the result of excess body weight or physical inactivity.

Some of the long-term consequences of Type 2 Diabetes include damage to the heart, blood vessels, eyes, kidneys, and nerves. Still, it’s easily preventable (or postponed) by leading an active and healthy lifestyle.

As I mentioned earlier, the more precise topic of this article, besides Type 2 Diabetes, will be the health effects of cranberry – or rather, cranberry sauce, on the illness.

If that is what you’re curious about, read on.

Cranberry is a name for a group of evergreen dwarf shrubs of the genus Vaccinium. They are native to North America, where they were grown both for food and for dye, but are now grown all over the world.

In the places where they’re grown, they are a popular food – as pie filling, their juice is a well-loved beverage, and their sauce is associated with American and Canadian Thanksgiving and Christmas meals.

As for the physical description, Cranberries are a low-growing, woody plant with small, ovate leaves. They can grow horizontally to up to 6 feet (2m) tall.

Upright, each branch might contain up to seven bell-shaped flowers that first appear in June and are mainly pollinated by bees.

More about the nutritional value of cranberry in the next sections.

The table shows the nutritional value of 100g of raw, fresh Cranberries.

Cranberry is commonly used for the prevention and treatment of urinary tract infection (UTIs). Among other uses is for kidney stones, common cold, and enlarged prostate, but there isn’t enough scientific evidence to support that.

To support those, claims, a 2019 study showed that although cranberries did not get rid of the bacteria that cause UTIs, combined with acids or oils led to the eradication of the most common bacteria, Escherichia coli.

Another study found that adding cranberry supplements to a diet may effectively manage systolic blood pressure, body mass index and high-density lipoprotein in younger adults, but again it’s important to note that further research is necessary.

Furthermore, cranberries might be beneficial for oral health, and they do so by preventing bacteria from binding to the surface of teeth. They may also be beneficial in preventing gum disease.

What is Cranberry Sauce?

Cranberry sauce, or cranberry jam, is a sauce or relish made from cranberries. As stated already, it is a common side dish at North American Thanksgiving meal, and at Christmas meals in the UK and Canada.

The first mention of this recipe appears in the 1796 edition of The Art of Cookery by an American author Amelia Simmons. The recipes did not change much over the years, the basic recipe is always the same, and it consists of cranberries boiled in sugar and water until the berries pop and the mixture thickens.

More advanced recipes include adding different juices or syrups into the mix, depending on the individual’s taste.

Be sure to read the next couple of paragraphs carefully and take them with a grain of salt.

Is Cranberry Sauce Good for Diabetics?

While cranberry sauce, much like raw cranberry as it is made out of it, has many health benefits, that have already been stated in the article, so there’s no use repeating them.

Eating too much cranberry sauce isn’t advised for anyone, though. Just like overeating of anything isn’t advised.

The extract made of fruit, especially fruit juices and sauces, are naturally high in carbohydrates. Therefore, they should not be the main beverage of a diabetic person since they can raise post-meal blood sugar levels.

Furthermore, the GI scale is an important factor to look at when considering certain foods for people with diabetes. GI is a ranking of carbohydrates on a scale from 0 to 100 according to the extent to which they raise blood sugar (glucose).

Low-GI food has an index under 55, medium-GI food from 55-70, and high-GI food has an index above 70. Cranberries score between 50-60, depending on how they’re prepared, which positions them low to medium on the scale, and also makes them fairly safe for people with diabetes to consume.

But, more about cranberry sauce and blood sugar level relationship in the next couple of paragraphs.

What is the Cranberry Sauce and Blood Sugar Levels Relationship?

As mentioned before, fruit extracts such as fruit juices and sauces have higher sugar levels, which may not make them the most suitable for diabetes. However, that does not mean that cranberry sauce is off-limits. No food is fully off-limits solely based on diabetes diagnosis unless other health issues demand so or if you have later stage uncontrolled (unstable) sugar levels.

Benefits of Cranberry for Diabetics

There will be a word or two about the risks of cranberry for diabetics in later sections (of the article), and with that being said, let’s explore the possibility of cranberry sauce having a positive effect on diabetics, especially on its relationship with blood sugar levels.

A study with 58 patients suffering from type 2 diabetes divided into two groups showed that cranberry extract had lowered their blood glucose levels.

Another study showed that, when mixed with Vitamin C, it may relieve the symptoms of diabetes. Though, this study still needs to be tested out on humans.

What’s important to note is that there’s no conclusive evidence to support any of these claims, as not all researchers have come to the same conclusions, which makes all of the gathered evidence weak.

Even with that, there’s no harm in consuming cranberries, even for people with diabetes (and I repeat, unless you have unstable diabetes or another medical reason for that).

In fact, professionals suggest up to non-sugary 400ml of cranberries a day to reap all of the health benefits that they offer.

When is Cranberry Sauce Bad for Diabetics?

There are a couple of precautions to take into consideration when consuming cranberry sauce, not only relevant for people with diabetes but for everyone.

Firstly, never go overboard with dosing. Cranberry and all of its products are safe for consumption, but nothing is safe in too large of doses.

More than 1 litre of cranberry extracts per day for a long period of time might increase the chance of getting kidney stones. This is thanks to the oxalate and calcium that cranberry contains.

Warfarin is an anticoagulant drug used as a blood thinner, and it lowers the chances of blood clots. People who take this medicine should be cautious with cranberry, as they are at high risk of bleeding.

Furthermore, cranberries contain significant amounts of salicylic acid, which is fairly similar to aspirin, and therefore aren’t recommended to people allergic to aspirin.

Also, some cranberry extracts are extra sweetened, so people dealing with diabetes should be careful with what they choose to consume. If you have diabetes, you should use any drinks with added sugar.

Cranberry sauce is a popular side dish in many countries, and especially relevant at major holidays. It’s sad if people battling diabetes couldn’t enjoy it as a result of preparing it with added sugar.

So, here are a couple of easy and completely sugar-free cranberry sauce recipes so people with diabetes could also enjoy this yummy dish as well.

The first recipe is quick and easy, made in only 10 minutes and completely diabetic-friendly.

Start off by combining cranberries, water and orange zest. Boil them, and then gradually reduce heath.

Simmer for 10-15 minutes until cranberries pop, then finish off by stirring in vanilla extract.

For the next similar recipe, you’ll need 2 cups of fresh cranberries and 2/3 cup water.

Start off by combining the two and boil.

Then, gradually reduce heath and let it simmer up to 10 minutes until the skin pops.

Remove from the heath, and you’re ready to serve.

Warm or cold, depending on your personal preference.

To conclude the article, it’s important to bring even more awareness to the most important parts.

Cranberry is a very important side dish in many cultures, primarily in the United States, Canada, United Kingdom and North America, where it’s traditionally prepared for Thanksgiving and Christmas in cranberry sauce.

Cranberry sauce has been part of the main topic of this article. And, much like raw cranberry, it has certain benefits, as well as a couple of necessary precautions to take note of.

Firstly, cranberry is commonly used for the prevention and treatment the urinary tract infection (UTIs). It may also be effective in managing systolic blood pressure, body mass index and high-density lipoprotein in younger adults, as well as it could help in slowing cancer progression.

The extract made of fruit, especially fruit juices and sauces, is naturally high in carbohydrates. Therefore, it should not be the main beverage of a diabetic person since they can raise post-meal blood sugar levels. Thus, too much cranberry sauce isn’t advised.

However, that does not mean that cranberry sauce is entirely off-limits, for no food is fully off-limits solely based on diabetes diagnosis (unless another medical condition demands so.)

Professionals suggest up to 400ml of cranberries a day to reap all of the healthy benefits.

In the last paragraph of the article, you can find two easy ways to make cranberry sauce to choose from. 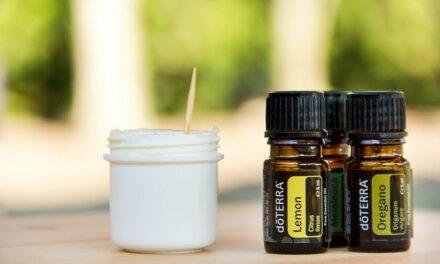 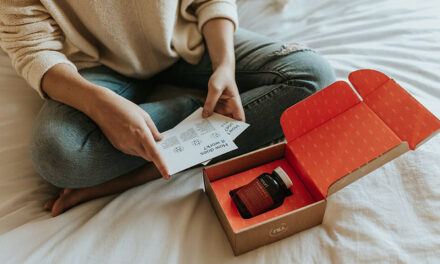 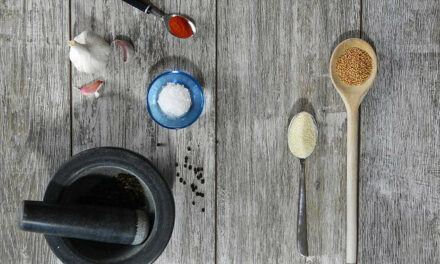 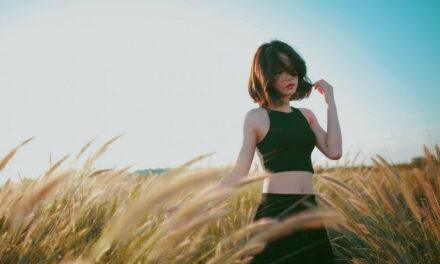